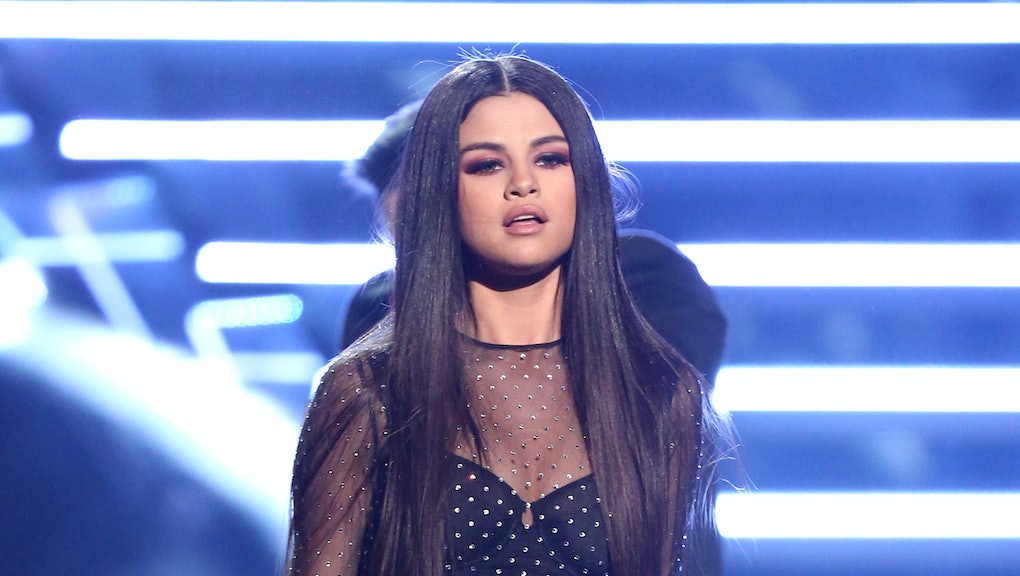 Former Disney Channel star Selena Gomez is no longer a wizard of Waverly Place — and it shows in her sexy, new "Hands to Myself" music video that likely left ex-boyfriend Justin Bieber and plenty others drooling.

The 23-year-old released the music video for "Hands to Myself" on Monday, and it features Gomez stalking an ex-boyfriend, played by model Christopher Mason, all while stripping down to her underwear and touching herself sensually in various parts of his sprawling, not-so-humble abode. Gomez is escorted by police in the end, but not before she stripped down for a provocative scene in his bathtub.

Gomez tweeted, "Sorry for snooping, Chris" when the video dropped.

Watch the full video below via Apple Music:

Gomez performed "Hands to Myself" and a selection of other tracks from her latest album Revival while surrounded by runway models at the 2015 Victoria's Secret Fashion Show that aired Dec. 8. Gomez donned a plunging, silk, black ball gown that gave the models a run for their money.

"Now, in the 16th year of her Barney-launched career, the singer's artistic center is coming into focus as a shy, assured, slightly mournful sultriness, a sense of diffusion and restraint," Spin's Jia Tolentino wrote in her review of Gomez's latest and sixth studio album.