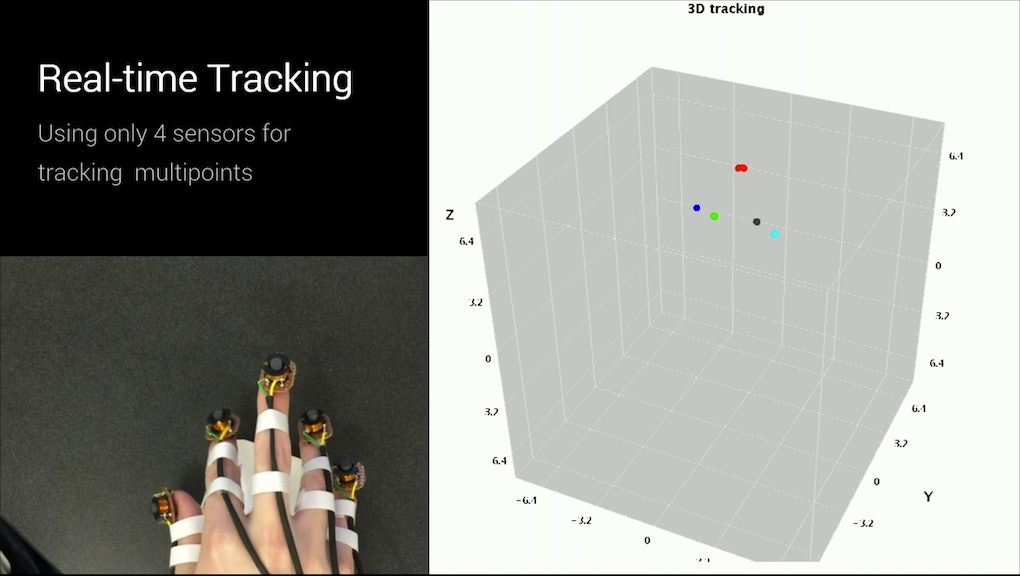 Put These Magnets on Your Fingers and Watch the Magic Begin

Wouldn't it be incredible to control precise hand movements in virtual reality? How would you like to do it using... magnets?

Thanks to a group of researchers at the University of Washington and Oculus Research, Magneto-like powers may soon be literally at your fingertips. They've developed a project called Finexus, which uses magnetic sensors to observe and record electromagnets placed on a user's digits.

"Finexus works kind of like a GPS system: The distances between an electromagnet and the four magnetic sensors is calculated, then the intersection of each of those four distances is determined and used to figure out the electromagnet's position in space. Each electromagnet operates on a different frequency, which [lead researcher Keyu] Chen says makes it easier to identify them individually.

According to lead researcher Keyu Chen, the technology could be used for a number of virtual reality-related applications, like playing the piano, writing, drawing or playing games. He noted that eventually, the sensors and the electromagnets could work in tandem as a glove and wristband or smartwatch, with the glove holding the magnets and the wrist holding the sensors.

If the technology makes its way into a virtual reality device, it could give users much more control over their motions — particularly those of the hand, which tend to be more precise than other body movements.

As of now, however, Chen isn't sure whether this will happen. But, as he told MIT Technology Review, "I do not know if [Oculus is] going to put this in a future product, but that is one possibility."