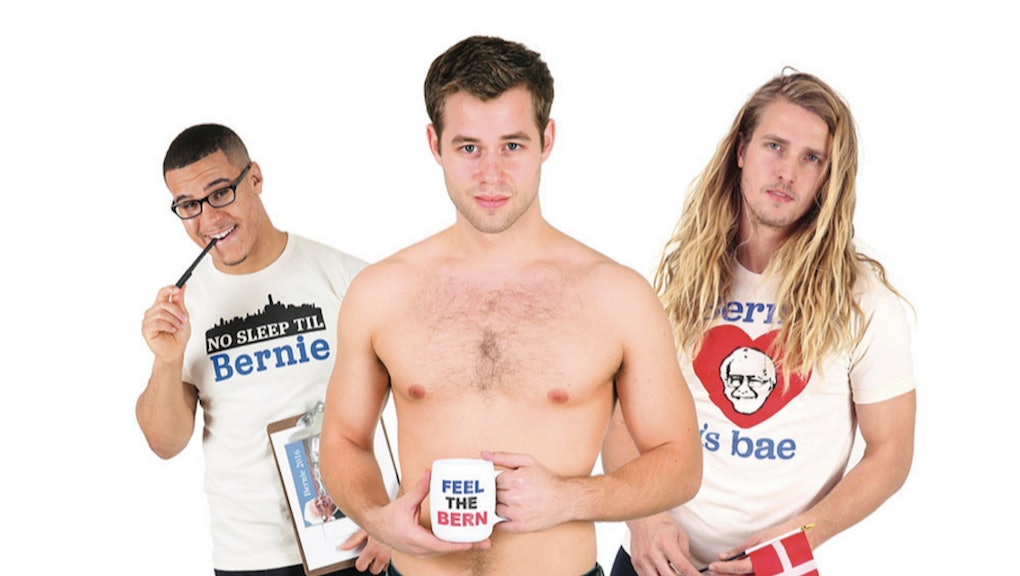 Two things are about to happen, in less than two short weeks: 2015 is going to end, and the 2016 presidential election is going to kick into overdrive.

Which means it's the perfect moment for Bernie Sanders supporters to get their hands on what might be the best (unofficial) campaign swag yet: the "Men Who Bern" pinup calendar, which contains quite a bit of eye candy.

The calendar is the creation of Joe Beuerlein, a New York-based actor and bartender who's the brains behind the Instagram account @menwhobern. The account, which started about four months ago, is filled with good-looking guys wearing Sanders campaign swag and showing their Bernie love.

The $20 calendar takes that to the next level with "pinup" models for each month, with and without their shirts. In addition to the thirst traps, the calendar makes clear the importance of the 2016 election and political activism: The calendar tells you when Valentine's Day is, but also the primaries and caucuses each month.

As far as campaign swag goes, it's a lot more eye-catching than other gear Sanders has put out. All of the 2016 presidential candidates have shops on their campaign websites, but most consist of pretty basic T-shirts, mugs and the like (Hillary Clinton's campaign being a notable exception with its millennial-aimed, hipster-friendly clothing).

This project steps up the Sanders game to raise money for local grassroots efforts for Sanders in his birthplace of New York, according to Men Who Bern. It's not officially affiliated with the Sanders campaign — which is why the website asks visitors to make a donation to the campaign directly, "then come back here and get your sexy on."

Or you can just mosey on over to the Men Who Bern Instagram:

Can you feel the Bern yet?