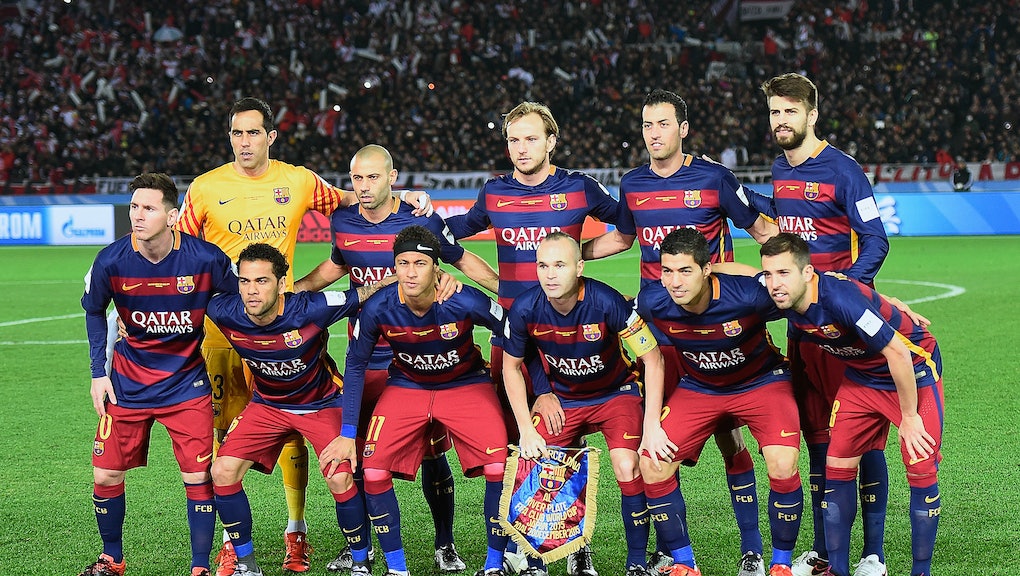 Qatar Airways got creative with its new in-flight safety video, which stars the 2015 Club World Cup Champions FC Barcelona, and was released on Sunday on YouTube. The new video hops on the trend of airlines teaming up with influential people to create more fun videos as part of their marketing strategies, Skift reported.

Qatar Airways has big plans for expansion in the near future, such as the launch of a new route to Dallas starting in 2016, according to CBS.

The choice of the team, headed by Andrés Iniesta, Leo Messi, Sergio Busquets and Javier Mascherano, makes sense, since they've had a highly successful year. The Club World Cup was its fifth trophy of just the year, the Guardian reported.

Instead of in a plane, the video takes place at a soccer game. The message includes safety guidelines, but shows female fans swooning over the players and fans in the audience strapping on their seat belts.

The Qatar Airways in-flight video is below: