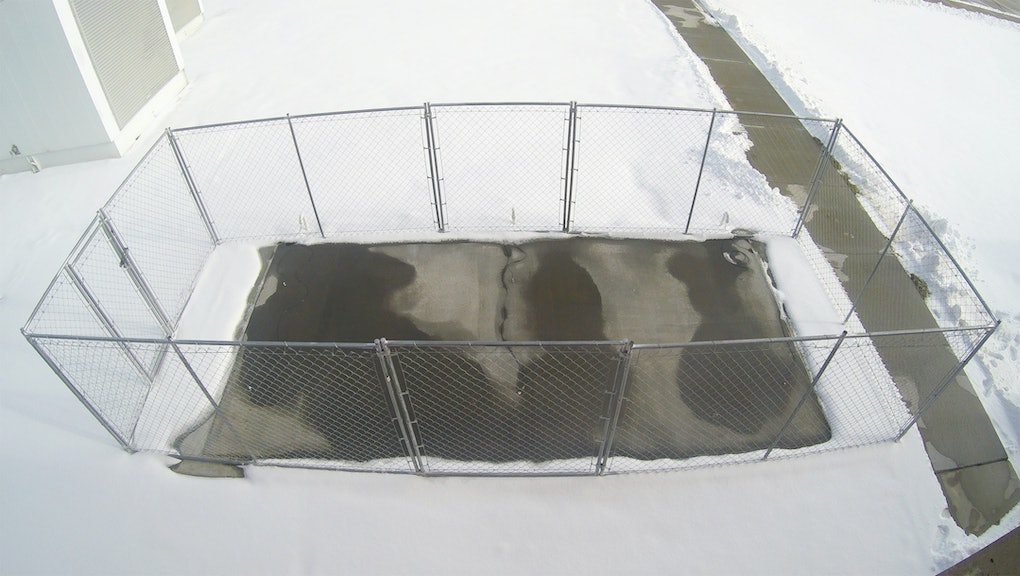 Your treacherous days of slipping and sliding along snow-covered roads may be coming to an end.

Researchers at the University of Nebraska-Lincoln have developed a kind of concrete that conducts electricity, and now, if the Federal Aviation Administration gives it the go-ahead, the material may soon be headed to an airport tarmac near you.

The secret lies in the concrete mixture, 20% of which is comprised of steel shavings and carbon particles. When connected to a power source, the cement slabs conduct enough electricity to melt ice and snow, making them ideal for roads and bridges, according to lead researcher Christopher Tuan.

"De-icing concrete is intended for icy bridges, street intersections, interstate exit ramps and where accidents are prone to take place," Tuan, a professor of civil engineering at UNL, told the Huffington Post. Tuan said the concrete can do its job while still remaining safe for pedestrians and drivers.

Though the FAA is currently sizing it up as part of a test run that will continue through March, the concrete has actually been around for much longer. In 2003, 52 of Tuan's concrete slabs were installed on the Roca Spur Bridge in Roca, Nebraska.

"Bridges always freeze up first because they're exposed to the elements on top and bottom," Tuan said. According to Tuan, the slabs have been instrumental in melting snow and ice on the bridge for over 10 years.

Unlike more traditional methods of winter road maintenance, Tuan said the slabs are also better for environment, as they don't rely on harmful salt and chemicals to melt snow.

And while the cost per slab is higher than regular concrete — the Huffington Post reported Tuan's slabs cost about $300 per cubic yard instead of $120 for traditional concrete — he said the cost of powering the slabs is less than the cost of salt and chemicals.

"It's not cost-effective to build entire roadways using conductive concrete, but you can use it at certain locations where you always get ice or have potholes," Tuan said in a press release.

As of now, the FAA isn't looking to use the concept for their runways, but rather the tarmac surfaces on which luggage, food and other items are transported. Bizarrely, Tuan also said the material is perfect for those "concerned about becoming targets of industrial espionage," because it interrupts electromagnetic waves produced by cellphones.

Your parents who endlessly complain about icy roads are sure to be thrilled. Drake, on the other hand, might not be.