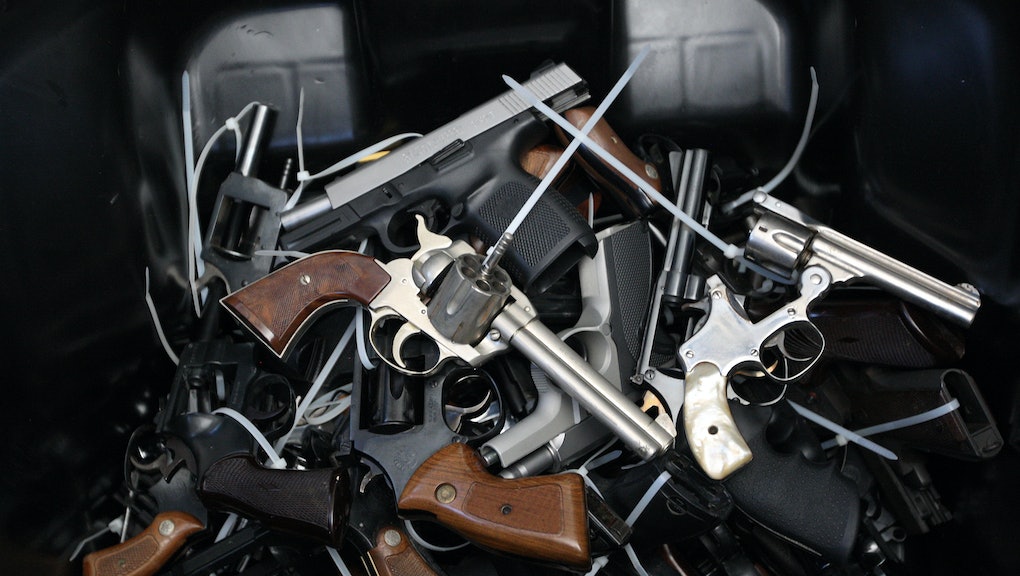 Virginia Will No Longer Recognize Concealed Carry Permits From 25 States

Virginia is reforming its gun control policies in an effort to curb weapons from getting in the hands of those trying to inflict harm, according to an announcement from the state's Attorney General, Mark R. Herring, on Tuesday. In accordance with the new policy change, the commonwealth will no longer recognize concealed carry permits from 25 other states while within state boundaries.

New guidelines are also being set in Virginia to determine which residents are eligible to purchase guns within the state. The Washington Post reported, "Virginians with a history of stalking, drug dealing or inpatient mental-health treatment cannot obtain a permit in a state with comparatively lax laws and carry a handgun legally at home."

"While you are here, you are subject to the commonwealth's gun laws," Herring said during a press conference on Tuesday, according to the Post. The state will cut ties with 25 states, essentially making it illegal for residents of those states to carry guns openly throughout Virginia, beginning Feb. 1, 2016, following the State Police superintendent's approval.

Reciprocity agreements will remain intact between the commonwealth and West Virginia, Michigan, Oklahoma, Texas and Utah, meaning residents of those states can carry guns freely while visiting Virginia and vice versa.

The move follows a year of gun violence across the United States, with a reported 353 mass shootings taking place throughout the nation in 2015. A slew of shootings have taken place in Virginia, including the shooting of Alison Parker and Adam Ward, whose deaths were caught on live camera during a morning news show.