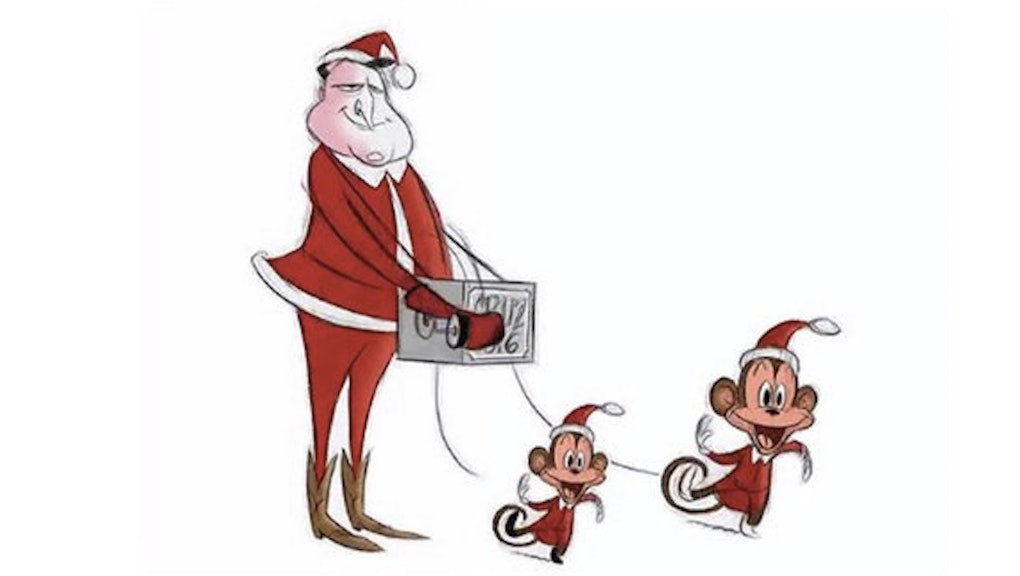 The Washington Post has been monkeying around, and Sen. Ted Cruz is pissed.

But by Tuesday evening, complaints and censure on social media had reached a fever pitch, with Cruz leading the charge. He tweeted at the Washington Post earlier in the day, telling them to lay off his children and reserve their criticism for him and his wife. Other candidates, such as Republican Marco Rubio, joined Cruz in his condemnation.

The Washington Post ultimately responded by removing the cartoon on Tuesday evening and replacing it with an editor's note:

Telnaes' cartoon suggests Cruz exploits his children for the benefit of his campaign and was prompted by a mock video published by the Cruz camp on Friday. In it he reads his daughters "Christmas classics" such as How Obamacare Stole Christmas and Rudolph the Underemployed Reindeer.

"'Twas the night before the shutdown and all through the House, not a bill was stirring, not even to fund a mouse," he says to his young daughters, who look on wide-eyed.

Cruz attempted to use the cartoon affair to garner more campaign donations. He sent an email containing the cartoon to his email list asking for money, the Daily Beast's Gideon Resnick reports.

He launched an "'emergency' appeal," with the goal of raising "$1 million in 24 hours," according to NBC News.

Telnaes, however, does not appear remorseful, arguing Cruz made his children vulnerable to media coverage the minute he decided to include them in his campaign video.