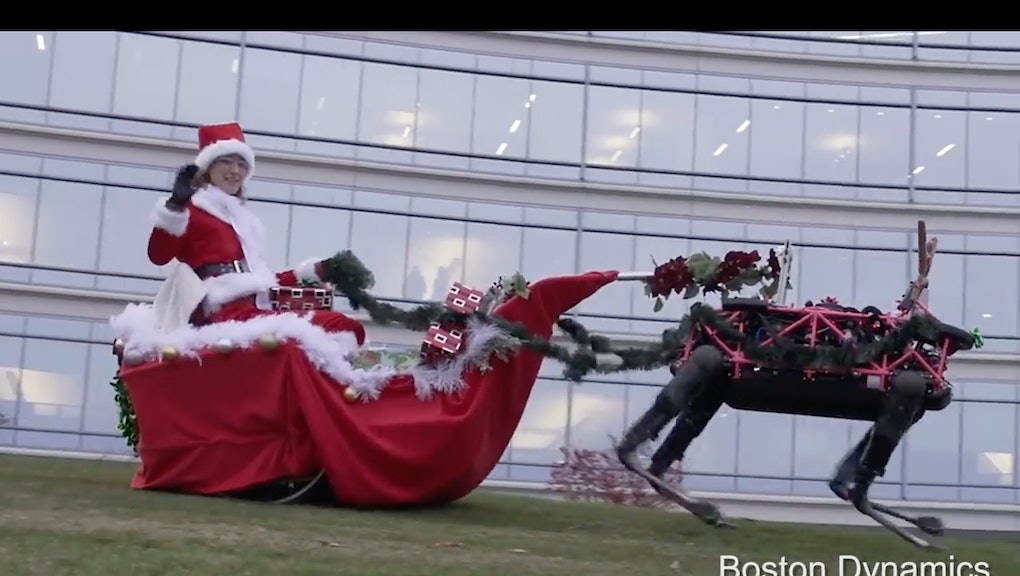 Dashing through the snow/ In a three-dog robot sleigh/ Over San Francisco we go/ Beeping all the way! It's the year 2375 on the night before Christmas, and instead of the galloping of Santa's reindeer, you hear the clanging of metallic hooves. And what is that beeping noise?

These deeply unsettling "creatures" are real. They're not just a weird detail in a futuristic version of Miracle on 34th Street. They're the spawn of Boston Dynamics, the Google-owned engineering and robotics company known for its four-legged robot called BigDog.

As a holiday treat — or nightmare — for us all, Boston Dynamics posted a greeting card of sorts in which the bizarre 'bots up are dressed up as reindeer. As they prance across a decidedly snowless field, we can only imagine what the driver of the car in the background is thinking.

Usually used by the United States military, these BigDogs have instead been forced into a life of tinsel, fake antlers and glitter. This might be the most convincing case for the War on Christmas ever presented.