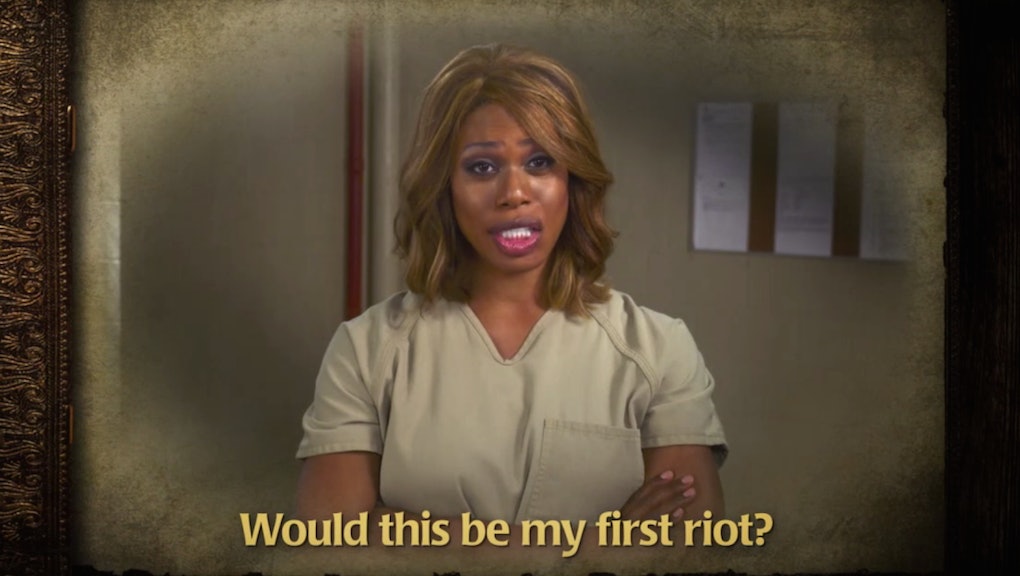 The women in Litchfield Penitentiary are celebrating the holiday season just like everyone else — and they have quite the Christmas tale to tell. In a video uploaded Tuesday by Netflix to YouTube, the stars of Orange he New Black greet fans and share a story of Christmas from the women's jail which involves the typical makings of an OITNB episode.

"The inmates were nestled all snug in their bunks," the show's characters say to the tune of Twas the Night Before Christmas. "Some were getting some action — hey, we ain't monks!"

The women talk about a Christmas Eve in Litchfield when a Santa Claus came in the middle of the night to shower the prison in gifts. "St. Nick looked alarmed as we all eyed his swag," Red says, describing the scene of old St. Nick and eight "cute-ass reindeer" arriving at the facility. "It all happened so quick, but we may have robbed and roughed up St. Nick," the women continue.

Check out the holiday video from the cast of Orange Is the New Black below: