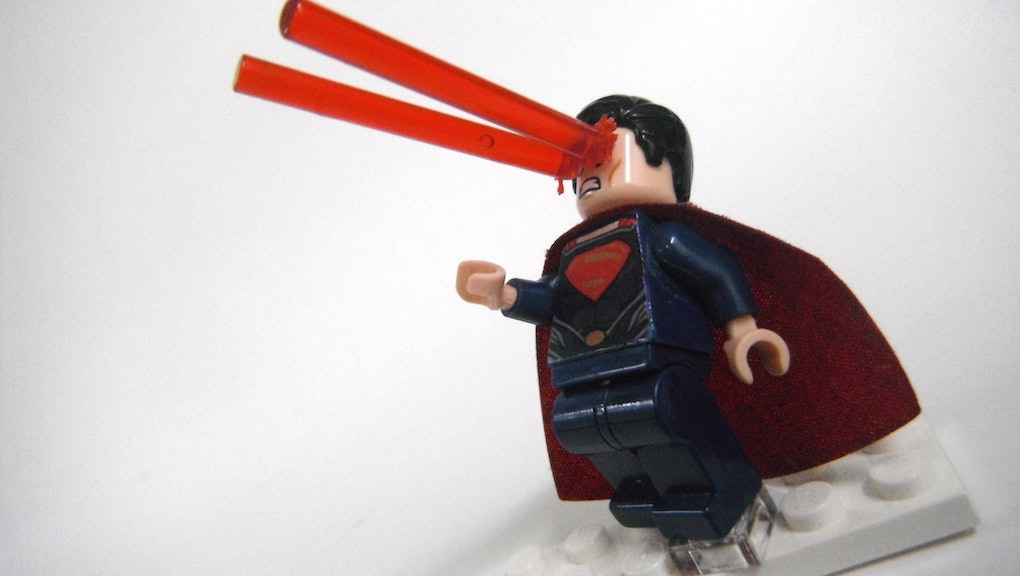 Eat your heart out, Superman. A bunch of 20-somethings in Massachusetts have created their own kind of X-ray vision, and it's going to be cheap as hell.

Researchers at the Massachusetts Institute of Technology's Computer Science and Artificial Intelligence Lab have developed a software, now called Emerald, that uses Wi-Fi signals to scan spaces and detect gestures and body movements. When an object moves, it changes the signal's reflection in a given area.

But for these MIT students, that's old news. The latest development is using those signals to see a person's silhouette through a wall.

"As a science fiction fan, being able to work on developing something similar to one of Superman's superpowers in real life is very exciting," Emad Farag, one of the researchers on the MIT team, told Mic. "The technology is able to detect motion as minute as the motion generated by the chest when a person breathes, even if the person is behind a wall."

"Think of it just like cameras, except that it's not a camera," said Fadel Adib, a researcher on the MIT team developing Emerald, according to the Associated Press. "It's a sensor that can monitor people and allow you to control devices just by pointing at them."

Think of it like sonar: Emerald tracks physical objects by bouncing signals off of them. But this is more like the version Batman used in The Dark Knight.

"A sonar uses sound waves, while our device uses electromagnetic waves," Farag said. "The properties of the two waves and the frequencies are not the same, so different technologies are used and the applications are also not the same." For example, Emad said, "the range of vision and the resolution depend on the wave properties."

This could be used for video games or movie effects, capturing an actor's movements in space instead of with those goofy body suits and a million cameras. It could be used in a "smart" home, showing when people are home so it can turn on and off TVs, manipulate air conditioning and control the lights if no one is in the room.

But possibly most important, it can show if someone is fallen or hurt in the home.

"We're planning on using [Emerald] to help the elderly by having the device monitoring them and immediately detect if someone trips and falls because a fall for an elder person could cause a lot of complications if not detected and treated quickly," Farag said. "We also plan on expanding the health applications by continuously monitoring the heart beats of the people in the household and immediately reporting any signs of trouble."

"Being able to work on developing something similar to one of Superman's superpowers in real life is very exciting."

In the instance of a burglar or other home invader, that means using the resident's height and physical metrics to help show who is and isn't supposed to be in the house.

The team said Emerald is set to debut in 2017 for $300, cheap enough to be integrated into a lot of households. And because the Emerald team appreciates easy user interfaces but not police states, as Adib said, "The user interface will be friendly for setting it up and using it at home, but it will be very hard to use it to track someone just by pointing it at their wall."