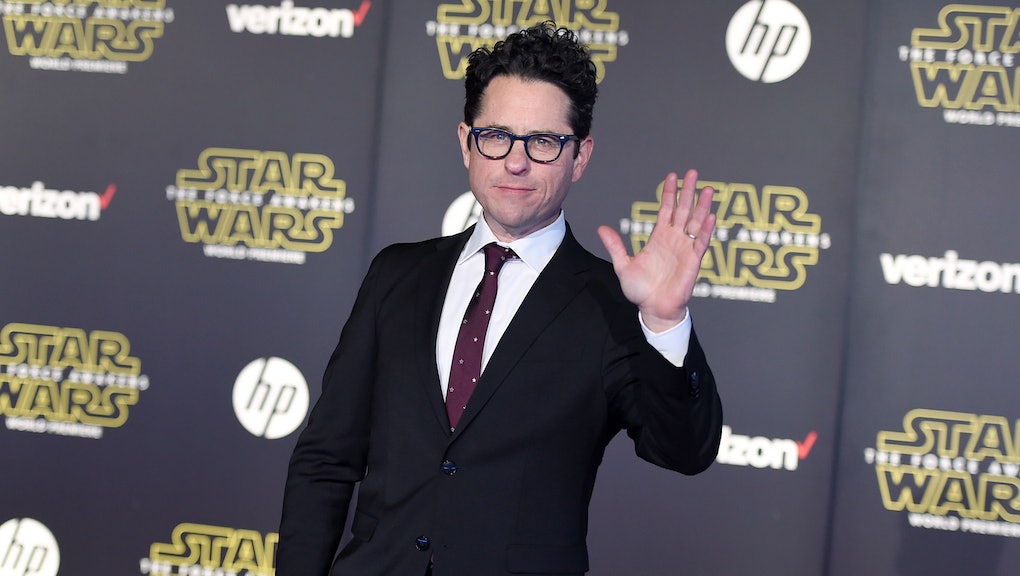 J.J. Abrams Loves the Next 'Star Wars' Script So Much That He Regrets Not Directing It

Director J.J. Abrams did such a stellar (pun intended) job directing Star Wars: The Force Awakens that it broke box office records (which can also be attributed to Star Wars series cult following) and earned widespread critical acclaim since its Friday release — but after the opening weekend, everyone's ready for the next sequel of the trilogy, expected in May 2017. But Abrams' regrets not directing after reading the script, his lifelong friend told the Washington Post.

"He read it and said something he never, ever says," actor Greg Grunberg, who plays pilot Snap Wexley in The Force Awakens, told the Post of Abrams' reaction to the Episode VIII script. "He said: 'It's so good, I wish I were making it,'" adding that he's "never heard him express regret like that." Sounds like fans have something to look forward to.

The Force Awakens star Daisy Ridley told Variety on Thursday that she too read the script and it's "very good." Ridley is slated to return as Rey in Episode VIII along with Mark Hamill as Luke Skywalker, among other returning and new characters.

Looper director Rian Johnson is taking over for Episode VIII, and Abrams showed Johnson early cuts of the Force Awakens to help streamline the transition between the two sequels, the Post reported. Abrams will stay on as an executive producer for the upcoming film.

Star Wars: The Force Awakens made $238 million in the box office in the United States and Canada during its opening weekend, claiming the record for the biggest film debut and the biggest December opening. Experts predict the film can beat out James Cameron's Avatar for the biggest film of all time; Avatar earned $2.8 billion.