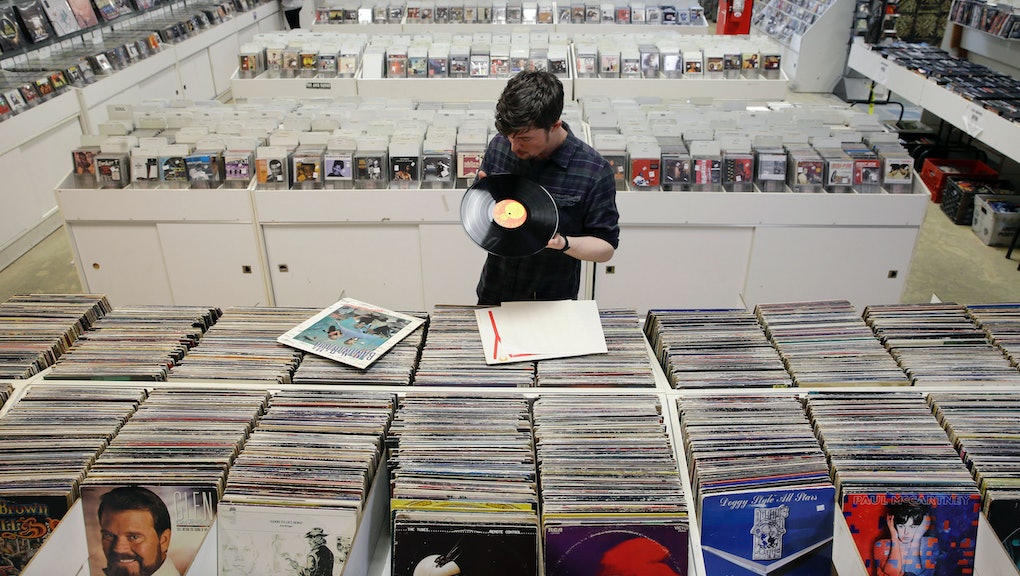 Columbia House Is Relaunching With a New Focus on Vinyl

Long ago in the 1980s, when recorded music was bought and sold exclusively on petroleum-based artifacts and people still read mail-order catalogs, Columbia House was king. The shiny paper service enticed music buyers with unbelievable deals, offering fat stacks of cassette tapes for as little as a penny, only to have orderers sign up for future music deliveries at a huge markup.

The dawn of digital music age caused the company to slip into irrelevance, and in August the company filed for bankruptcy. However, the doors didn't stay shut for long.

On Tuesday, the Wall Street Journal announced that the service will be re-launching with a focus on vinyl. Another generation is about to have their first experiences with credit scares and contractual obligations with Columbia House.

The man behind this revival is John Lippman, who saved the company from bankruptcy earlier this month. "You can see a yearning and an interest to try a new format," he told the Wall Street Journal. In this case, the "new format" is actually one of the oldest formats in the history of recorded music.

But it's not a bad business bet: Vinyl revenue grew over 50% in the first half of 2015, according to the Recording Industry Association of America (RIAA). That's nearly twice as much as ad-supported streaming, which only showed a 27% increase. This growth has put a tremendous strain on vinyl pressing plants, many of which are still using decades-old machinery to try to keep up with growing demand.

Columbia House will likely drive these trends forward to a certain extent, but the company has no intentions to unseat the established streaming and download market. "It's not that digitization is going away," Lippman told the Wall Street Journal. "I think there is a sense among a lot of people of looking to get back to the broader experience of engaging with media."

The company will probably learn quickly whether a music-oriented book-of-the-month club, which is how the resurrected Columbia House will likely operate, is the "broader experience" young people are looking for. While some people seem excited by the prospect of penny vinyls, the general reaction on Twitter essentially boils down to one big eye roll.