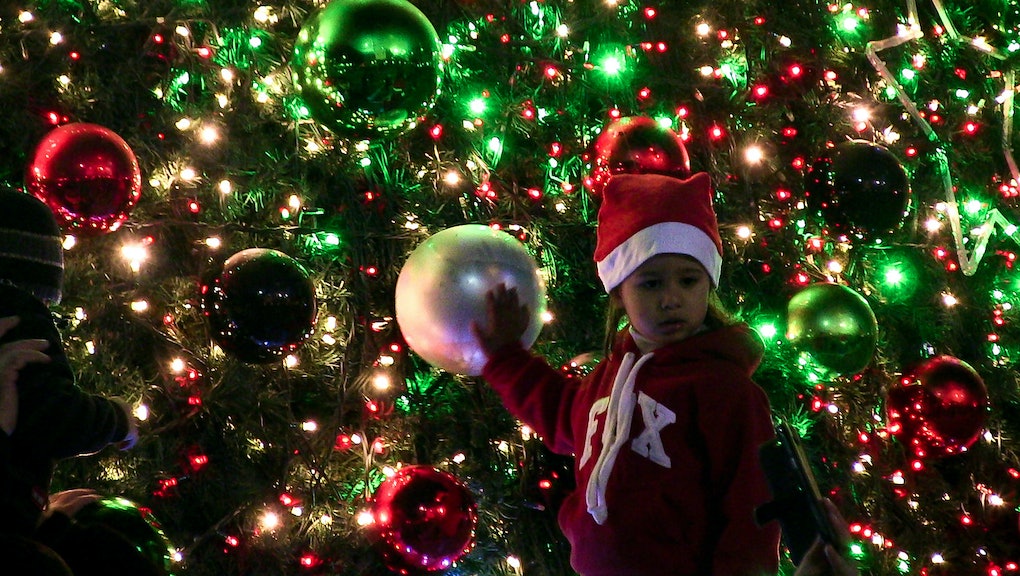 When people think of Palestine and religion, the Muslim–Jewish conflict invariably comes to mind. But this association overlooks the 11% of Christian Palestinians who also live there — and who endure surprisingly similar prejudices to their Muslim counterparts.

Every year, the Palestinian Christian population celebrates Christmas with gusto, despite limited resources and mobility restrictions. The birthplace of Jesus Christ, Palestinian and Israeli territories hold special significance to adherents of the religion.

"For us the King of Peace was born on this land and in this land there is no peace," one Palestinian Christian in Bethlehem told a photographer for the Institute for Middle East Understanding. "We celebrate the holiday of Christ and we consider him the King of Peace. We seek him but we are unable to live in peace. How do we celebrate?"

The institute sent photographers to Bethlehem, Nazareth and the Gaza Strip to see how this oft overlooked Christian population gets into the spirit.

Like visiting the Sa'ed family who live in Bethlehem on the West Bank, where it's restricted for them from being able to visit relatives in Palestinian territories like the West Bank or the Gaza.

"We are looking forward to the new year, and what it's going to look like. We hope that it's going to be better than last year," daughter Sary (above, center) told photographers. (In October, tensions between Israelis and Palestinians culminated in a wave of violence and terror attacks across Israel and the occupied territories throughout the month.)

"Our most basic right on this holiday would be to live with just a little bit of freedom," added the Sa'ed family matriarch (above, right).

Gaza resident Tony Assad Al-Masri explained to photographers why putting up a Christmas tree means so much to him. "We also put the red cloth with the Santa pattern on the tables and every year I buy different Christmas designs from the market and I change the colors of the tree balls. We try as much as we can to feel the atmosphere of Christmas despite the suffering," he said.

Al-Masri also elaborated on how he experiences the holiday differently as a Christian Palestinian. "To me, this day is about seeing Gaza in peace and Gaza's children in peace, welfare and love, like the other children in the world," he said, adding that there's no strife between Muslim and Christian Palestinians where he lives. "There's no difference between Muslim and Christian in Palestine, we're living together as brothers in Gaza."

But sadly, unlike in America where many people take for granted Christmas as yet another opportunity to see family, travel restrictions in the West Bank and Gaza mean that Christmas may be these Palestinians' only chance to see relatives living in other areas.

"Every year they allow us to travel to see our grandchildren and this is a tragedy — that my children and grandchildren are in Bethlehem and I'm here in Gaza and allowed to have permission only once a year to see them," Al-Masri said. "The permission they give us is sometimes 15, 20, or 10 days depending on what they decide. They don't give us a month or two to enjoy your time there, only a maximum of 15 or 20 days."

See the rest of the images below:

Despite quotidian hurdles and the unusual circumstances many find themselves in, the Palestinian Christian community seems to find normalcy in the traditions of the holiday season.