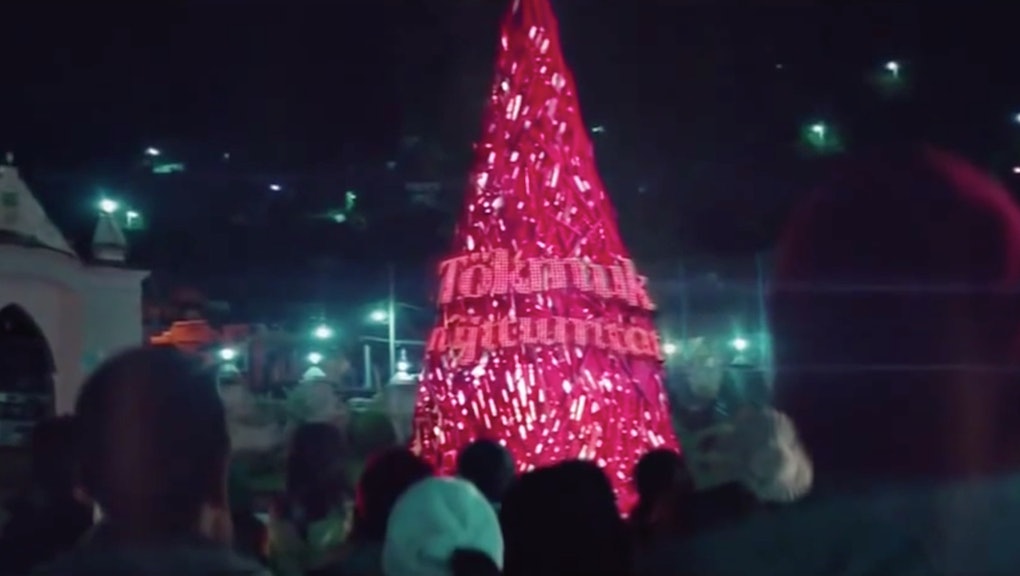 Why This "Racist" Christmas Coca-Cola Ad Was Removed From YouTube

After it was heavily criticized as "racist" and "insensitive," Coca-Cola removed a special Christmas-themed ad from its YouTube channel on Dec. 1, according to the Guardian. The controversial ad meant to showcase unity and depicted a group of energetic, young white people entering a Mixe community called Totontepec Villa de Morelos in Oaxaca, Mexico, to joyously hand out soda and build a Christmas tree for its indigenous residents.

The ad was met with backlash from health and indigenous rights groups for not only having a colonialist perspective, but also for advertising soda to a population that is already struggling with high rates of obesity and diabetes due to soda consumption, the Guardian reported.

"It is a comment on our type of life and an attempt to put a culture of consumerism in it's place," indigenous lawyer Elvira Pablo said in a press conference on Dec. 2, according to Vice, calling the ad "an act of racism."

Activists along with Pablo also felt the ad reinforced stereotypes of native peoples for being "culturally and racially subordinate."

One Twitter user called out the ad by posting that Coca-Cola "is working on some genius colonialist branding in Mexico with its out-of-touch racist #AbreTuCorazon campaign."

Along with pulling the ad, Coca-Cola has issued an apology statement, "We deeply great that the message has been misinterpreted when our intention was the exact opposite of the criticism received."

The ad, which starts with "81.6% of indigenous Mexicans have felt cast aside and rejected for speaking another language," was meant to show brotherly love, Coca Cola said. It ends with "Stand together" emblazoned on the artificial tree. The campaign's hashtag was #AbreTuCorazon, which means "Open your heart."

McDonald's also made a cultural blunder earlier this year when it tried to advertise for its McBurritos by calling tamales, a traditional Mexican dish, a "thing of the past," the BBC reported.

The ad is still being streamed via third-party channels: