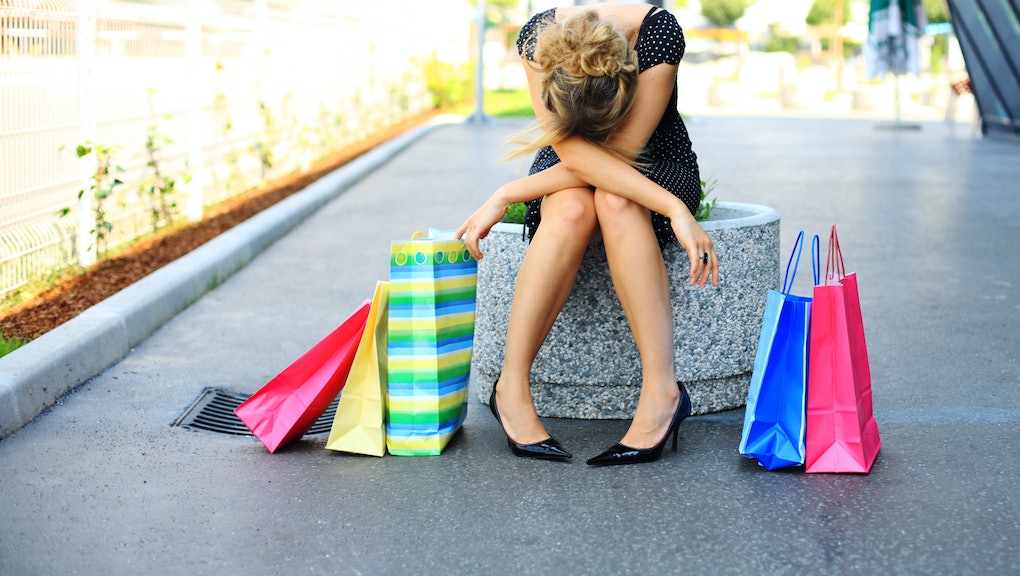 Study Shows That Some Shitty Shoppers Are Literally "Harbingers of Failure"

Think about the one person in your life with the worst shopping judgment. In their pantry, they probably have a box of watermelon Oreos or white chocolate Pringles. They probably own a Chia Pet or Google Glass. In fact, they're probably in the process of buying you a hoverboard right this second.

If you know someone like this, get ready to call them the harshest nickname of the century.

Four professors from the Massachusetts Institute of Technology, Northwestern University and the Hong Kong University of Science and Technology have identified a group of very specific consumers who are drawn to doomed products. According to a recent study published in the Journal of Marketing Research, these people should be known as "harbingers of failure."

Sorry if you ever bought green ketchup, we guess.

According to Catherine Tucker, a marketing professor at Massachusetts Institute of Technology and one of the study's co-authors, these people not only buy these products that are off-putting to most, but they sniff them out.

"This is a cross-category effect," Tucker said in a press release from MIT. "If you're the kind of person who bought something that really didn't resonate with the market, say, coffee-flavored Coca-Cola, then that also means you're more likely to buy a type of toothpaste or laundry detergent that fails to resonate with the market."

How do they know? The study, aptly titled "Harbingers of Failure," drew data from an unnamed large chain of convenience stores that stretch across the United States from 2003 to 2011, eventually examining 77,744 customers.

The researchers then examined how products that these customers bought fared over time. Ultimately, they identified consumers whose purchases flopped at least 50% of the time (defined as products that were pulled from store shelves less than three years after debuting). These consumers were the "harbingers of failure."

What makes certain people flock to failure-bound products? Other than to spread bankruptcy and unhappiness, why do these people exist? It's not just bad decision-making in the moment, the researchers said, as if these people are making zombie-like 2 a.m. runs to Walmart, scooping up all the bacon-scented wallets they can find. It's in part because these shoppers are risk-takers.

Intriguingly, some products are doomed once these failure-loving shoppers flock to a product. When the "harbingers" buy a product at least three times, the probability of success for that product drops 56%. They're like buzzards circling above a case of cinnamon-flavored toothpaste, spreading bad luck with every swipe of their debit cards.

The study could have implications for marketers and retailers.

We also imagine it's best to identify these people among your friends. Now that we know of these "harbingers," we can be on heightened alert this holiday season: If someone gifts us a hoverboard, we know to cut that person out of our lives immediately.