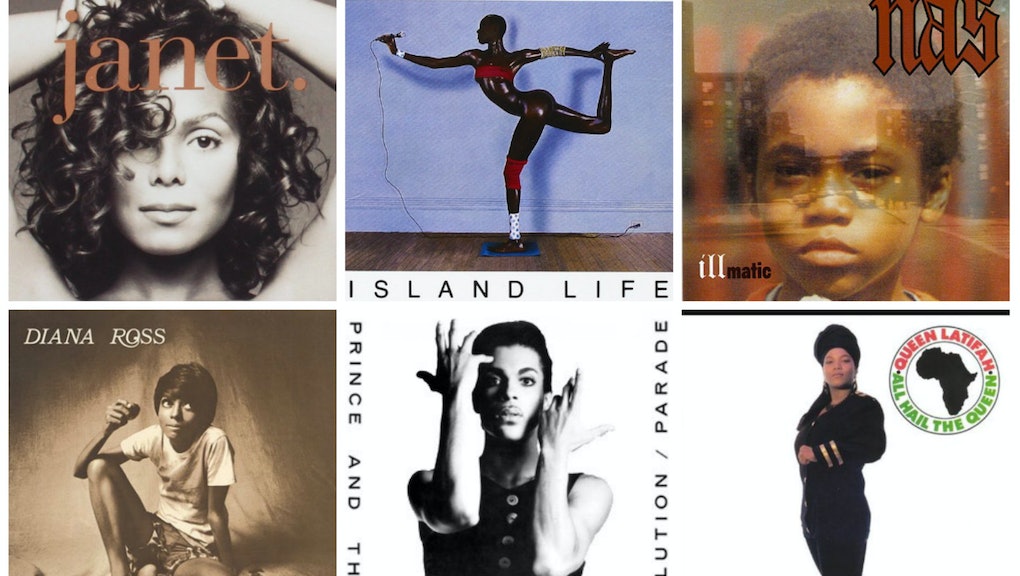 Black Twitter Reminded Us of the #BestBlackBlackAlbumCovers That Changed Music History

On Wednesday night, people on Twitter shared their favorite album covers by black artists with the hashtag #BestBlackAlbumCovers.

The tweets ranged from older covers by classic artists to covers released in 2015.

One person definitely dominated the night: Janet Jackson. Her albums Control (1986), Janet. (1993) and The Velvet Rope (1997) all got multiple mentions.

At least one album cover trend — "the lean" — got a shoutout.

People also tried to predict what would be the next classic black album cover. The best guess may have been Kendrick Lamar's To Pimp a Butterfly (2015).