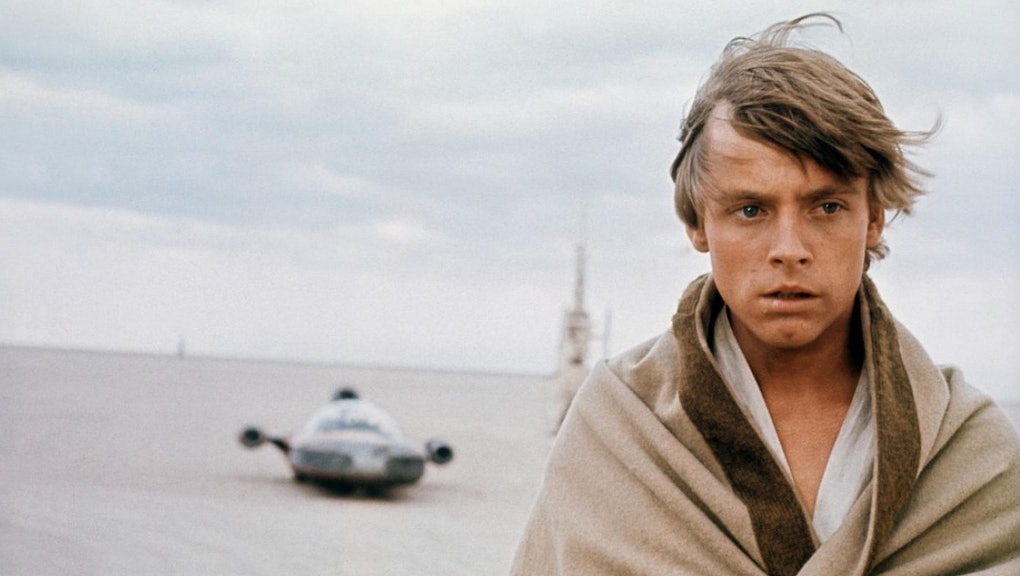 J.J. Abrams may be up to his old tricks — or just in need of a copy editor.

In the opening crawl for Star Wars: The Force Awakens, there appears to be a punctuation error. If there isn't, it's one hell of a hint as to what might be coming in the next two episodes.

Note: Spoilers ahead for the Star Wars series.

How about now? There's a missing pair of commas, first found by Mic's sharp-eyed branded content editor, Joel Topcik. The crawl reads, "With the support of the Republic, General Leia Organa leads a brave resistance. She is desperate to find her brother Luke and gain his help in restoring peace and justice to the galaxy."

It should read, "She is desperate to find her brother, Luke, and gain his help in restoring peace and justice to the galaxy."

The commas are necessary because "Luke" is not essential to the meaning of the sentence — "brother" is. His name is unnecessary information, as Leia has only one brother, meaning it should be offset by commas.

"Without the offset commas, they're suggesting that it's necessary to specify which brother," Mic's senior copy editor Kaitlyn Jakola explained. So in all likelihood, this is just a mistake.

But what if it isn't?

Anakin Skywalker, also known as the late Darth Vader, and his wife, Padmé Amidala, only had two children: Luke and Leia. Padmé died in childbirth, as seen in Star Wars Episode III: Revenge of the Sith, so it's impossible for them to have another sibling from the same parents. It is possible, however, that they have a half-sibling.

Did Darth Vader have a child off-screen during the timeline of the original trilogy? Perhaps! That's what the crawl as it stands suggests, at least. Again, in all likelihood, this is just a punctuation error. But considering the lengths Abrams has gone to in the past to throw in surprises for fans — like desperately hiding the identity of Benedict Cumberbatch's character in Star Trek Into Darkness — we can't be certain until proven otherwise.