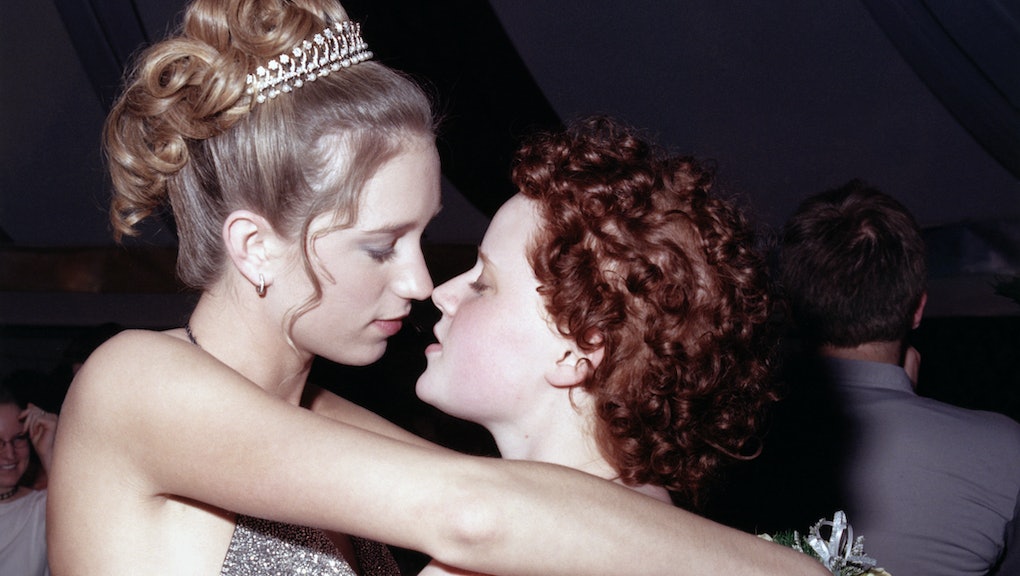 16 Lessons We Learned From Our First Real Relationships

It's a truth universally acknowledged that no one forgets their first love.

Whether it lasted eight years or eight minutes, there's a scientific reason why we feel so much nostalgia for our first relationships. Researchers have found that there's a feeling of emotional intensity that comes with falling in love for the first time that's comparable to a rush of cocaine to the brain. It's something new and exciting, and that feeling is tough to forget.

"Adult relationships need all sorts of other virtues to survive, many of which are not compatible with that level of intensity," Dr Gayle Brewer, a lecturer in social psychology at the University of Central Lancashire, told the Guardian, citing stability and maturity as examples.

But even though first relationships are often silly or even unhealthy, there's still nothing quite like the feeling you get when you think of the first guy you made out with at summer camp, or the girl you felt up at your cousin's quinceneara. And even if the spark ultimately fizzled out, we take the lessons we learned from our first loves around with us forever.

Mic asked people what lessons, if any, they learned from their first relationships. Here's what they had to tell us.

We learned a ton about music.

"My first love taught me about Cat Power, specifically the Moon Pix album. And how to drink shots." — Jen, 30

"I was introduced to and learned to appreciate David Byrne." — Alex, 29

"He listened to a lot of Warren Zevon. I can't hear 'Werewolves of London' without thinking about the time his mom almost caught us having sex in his room." — Anna, 26

"She taught me the importance of being open and accepting of one's sexuality. We were both virgins, and it took months for us to move beyond above-the-clothes stuff... It took her half an hour of beating around the bush to tell me she enjoyed it when I played with her anally, but only just as she was about to orgasm. And being the 22-year-old asshole I was, I made fun of her for it the next time I saw her, instead of being proud of her. So she taught me also to encourage one's lover to be open to discovering his or her own sexuality." — Mike, 32

"Trying to keep your wits about you. For example, a makeout session in a dark corner of the parking lot of a Shell station might be so good you forget to turn your headlights back on after and get your first ticket, but also keep your wits in that you don't get so infatuated you go mute in their presence." — Iva-Marie, 34

We learned the importance of maintaining a real sense of self.

"I learned that although healthy in some ways at the time, I didn't really have an identity. I was so young. I was following expectations. It was real in that sub-20-year-old-way. The breakup was painful but necessary." — Kathy, 34

"I was madly in love with [my first love]. And it took over my identity. His tastes became mine. My old favorite movies? Out the window to be more in sync with his. Favorite foods? I aligned my palette with his. My sense of self became too closely entwined... In other words, I didn't know how to balance my identity with the relationship. The sum became greater than the parts. It swallowed my part whole." — Carmel, 32

"Be careful when you're in love, because you might have fallen for a psychopath. Love can be a dangerous thing." — Autumn, 26

Perhaps most importantly, we learned how to let go.

"I learned that just because someone loves you doesn't mean they love you in a way that is good for or useful to you." — Cate, 24

"I think that while you don't learn it anytime close to the feeling of first love, you learn it is OK to give it up. It's not really sustainable. And while it is heart-wrenching to have it collapse all around you, later you figure out why it's first love, and not last love." — Annaliese, 33

"Don't get married to your first boyfriend. Also, don't let the bastard take your dog in the divorce." — Colleen, 31