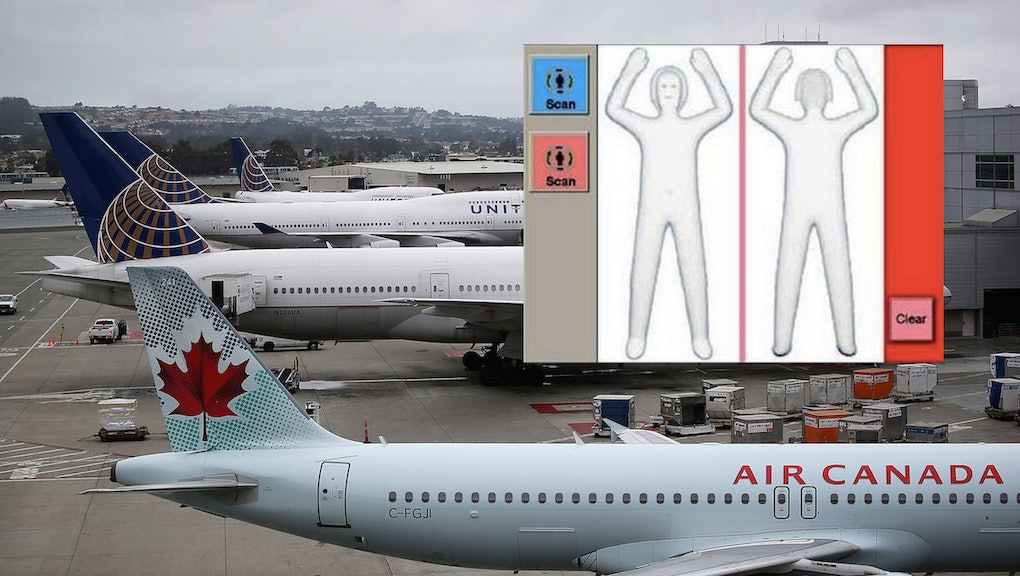 The Transportation Security Administration is trying to improve the way it interacts with travelers who are transgender. The latest move? A word change.

The Advocate reported that, up until this month, the TSA used the word "anomaly" to refer to apparent physical inconsistencies that appeared in passenger body scans, which are programmed to distinguish between male and female bodies. Detecting an "anomaly" on a male or female passenger is grounds for further inspection.

Now, the TSA said "anomaly" will be replaced by "alarm."

"TSA has implemented this change in terminology, and we have communicated it through various methods to the frontline workforce," the government agency said to the Advocate in a statement.

The change is already recognized on the TSA website, which states:

When you enter the imaging portal, the TSA officer presses a button designating a gender (male/female) based on how you present yourself. The machine has software that looks at the anatomy of men and women differently. The equipment conducts a scan and indicates areas on the body warranting further inspection if necessary. If there is an alarm, TSA officers are trained to clear the alarm, not the individual. Additional screening is conducted to determine whether a prohibited item is present.

The change is partly a response to concerns voiced by transgender travelers and advocates, that trans individuals are far too often subject to discrimination, harassment or unfair treatment at the hands of TSA workers. According to the National Transgender Discrimination Survey, 11% of respondents were denied equal treatment in airplanes or by airport staff, while 17% reported they were harassed or disrespected.

One recent public incident — which brought the TSA's use of the word "anomaly" to light — happened to Shadi Petosky, a 35-year-old transgender woman who tweeted her experience back in September.

It also just so happens that the TSA recently changed its policy on electronic screenings versus hands-on pat downs. Previously, passengers could opt out of "Advanced Imaging Technologies" in favor of pat downs, but in a report last week, the TSA noted, "TSA may direct mandatory AIT screening for some passengers."

Ultimately, changing the word from "anomaly" to "alarm" doesn't change the fact that travelers are still required to undergo electronic screenings, which specifically categorize their bodies — and flag security concerns — in terms of "male" and "female." The experience, as Petosky tweeted about just this week, remains largely the same.

As Upworthy writer  Parker Molloy noted on Medium this week, "Really, changing a term doesn't fix the problem. [...] What we need is to replace the pink and blue buttons, and just have a single setting that won't flag anyone's anatomy. It's not a matter of changing the words you use, but instead to recalibrate the system to have fewer false positives and to better keep us safe."