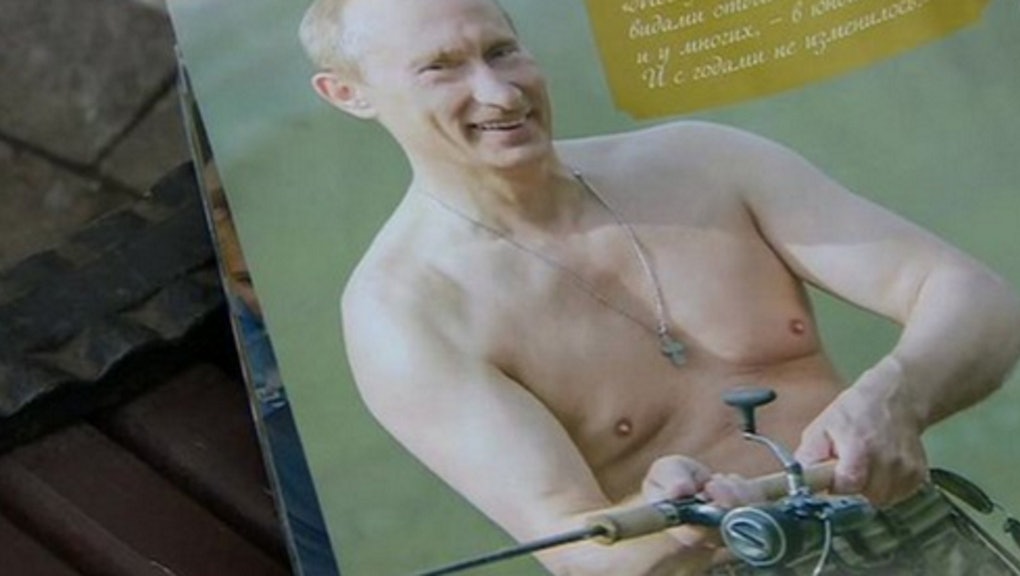 Each and every day in 2016 you can wake up to a photograph of autocratic Russian President Vladimir Putin and his gigantic muscles, courtesy of a recently released Russian-language calendar.

The calendar is titled "All Year With the President of Russia" and features Putin doing typical manly-man things, from fishing shirtless (who hasn't?) to flexing at a gym apparently built in the middle of the wilderness.

According to TMZ and the Telegraph, quotes in the paper include "I like all Russian women. I think Russian women are the most talented and the most beautiful," "Dogs and I have very warm feelings for one and other" and "No one will ever get military superiority over Russia. Our army is contemporary, capable, and as they now say, polite but formidable."

Putin-watchers will note this is hardly the first time Putin has posed for photos designed to show off his masculine side (and perhaps work on his cult of personality).

So who is going to tell the famously homophobic autocrat that women aren't the only target market for these things?

Putin also received his own fragrance "Leaders Number One" in time for the holiday, according to the Telegraph.

While the calendar is geared to give viewers a taste of a Putin-filled 2016, 2015 was already a banner year for the Russian leader.

Throughout the year, tensions between Russia and Ukraine continued to rise over the recently annexed Crimean Peninsula, Russian bombers have targeted the Islamic State group in Iraq and Syria and Putin found the time to praise current Republican frontrunner for the U.S. presidency, Donald Trump. Between it all, he found the time to explore an ancient shipwreck in the Black Sea in a miniature submarine.