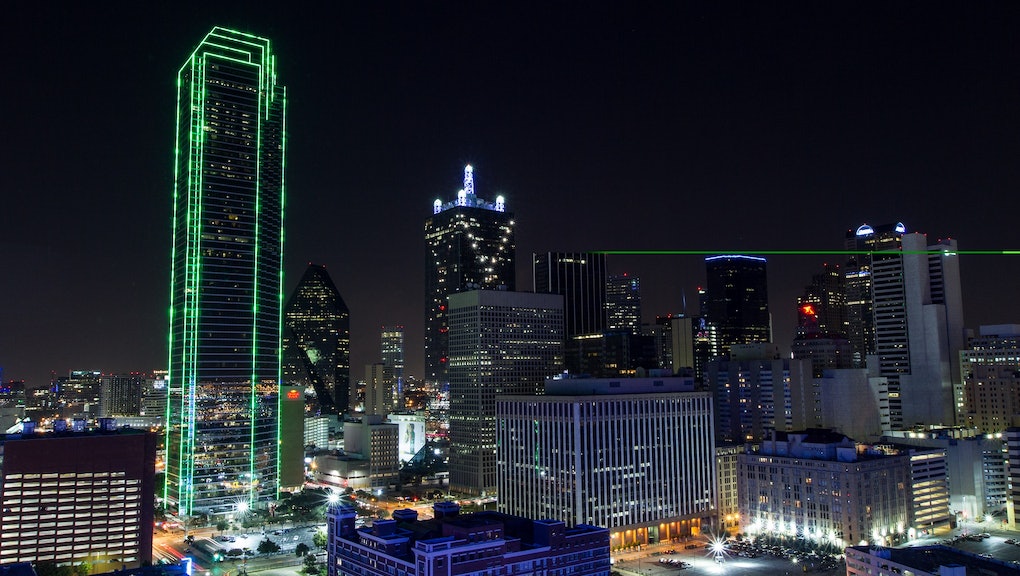 Since September, There Have Been 14 Assaults in Dallas' Gay Neighborhood

A Dec. 22 attack in Dallas, Texas' Oak Lawn neighborhood, one of the centers of the city's gay community, brings the total number of assaults in that area to 14 since September, according to Gay Star News and local news station WFAA.

The assaults have been brutal and have resulted in serious injuries. The incidents include mostly gay victims, who have had their skulls fractured, been struck from behind, stabbed and robbed. Some of the attackers made their feelings about the victims clear, using homophobic language.

Michael Dominguez, who attackers stabbed multiple times in early October, told the Dallas Morning News, "I don't know how else to explain it other than that somebody has hate in their heart, obviously, to do this to somebody else. ... As a community we have a history of minding our own business. If something happens [we say] 'it comes with the territory, it comes with being gay, that's what we're risking.' I don't think that should be the case."

In October, an unknown individual also smashed in the doors of three gay bars — The Mining Club, Woody's and JR's Bar and Grill — amid the spate of attacks, reports NBC DFW.

About 100 members of the city's LGBT community threw a rally to protest the attacks in October.

Police do not currently believe there is any direct connection between the attacks.

But amid the initial wave of attacks, local LGBT activist Daniel Cates told NBC DFW, "We think these attackers are trying to send a message, and we want them to know that message has been received."

"The LBGT community of Dallas and of the United States are not weak, and we will stand up for ourselves and make sure our community is safe," he added.

"For weeks DPD has promised an increased presence in the neighborhood," advocacy group Rally for Change said in a statement published in LGBTQ Nation. "When pushed on the fact that such an increase has been spotty and largely invisible, DPD has pointed to officer shortages and has now even suggested that the protection provided by our tax dollars is not enough and that we should pay for expanded patrols by off-duty officers."

According to the National Center for Victims of Crime, LGBTQ people throughout the United States are at disproportionate risk of becoming the victims of violent crime.