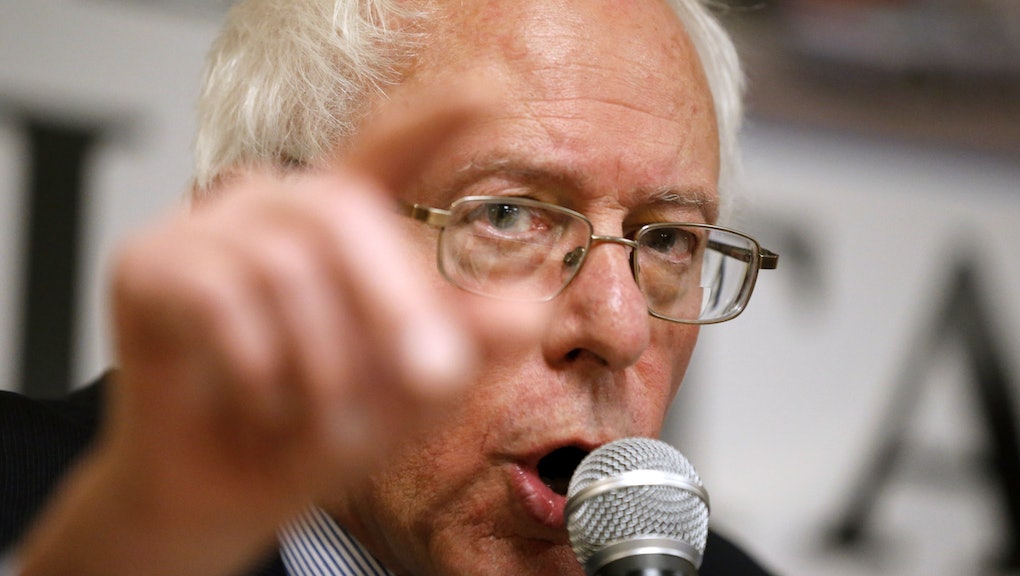 In an interview with Yahoo News, an anonymous Sanders adviser said the staffer who got Sanders temporarily locked out of his own campaign voter database by improperly accessing files belonging to former Secretary of State Hillary Clinton's rival campaign was actually recommended by the DNC, and said their campaign was demanding a "full investigation."

The staffer in question, Josh Uretsky, maintains he was simply trying to assess the size of a security hole in DNC database software provided by vendor NGP VAN. He has since been terminated.

"It's not as if we conjured this guy Josh from thin air. This is an individual ... who was recommended to us by the DNC and NGP VAN," the staffer told Yahoo News. "I just think it's utter hypocrisy on their part."

"I mean, here we are being attacked for the behavior of an individual, which we ultimately fired," they continued. "We agree he acted improperly, but it's just amazing to me that this ... individual that actually caused this trouble in our campaign was recommended by these guys."

The adviser ultimately stopped short of accusing the DNC of planting Uretsky to sabotage Sanders' campaign — though seemingly leaving that implication open — but did suggest NGP VAN worked with the DNC to throw the incident against the Sanders' camp's favor. They also told Yahoo News the campaign planned to continue the federal lawsuit filed on Dec. 18 until it gets answers.

"I don't know how you can more centrally connect this thing than those two entities," said the staffer. "Here we are being attacked by both of those entities when, in fact, they recommended this guy to the campaign."

The adviser also told Yahoo News NGP VAN acted in Clinton's favor when following the breach, and that the company shared records of what Uretsky accessed with the Clinton campaign but not Sanders', leaving the latter in the dark as to what actually happened.

NGP says the decision to temporarily lock Sanders out ultimately laid with the DNC.

It's unclear whether the adviser, described as a senior member of the campaign by Yahoo News, was launching the allegations independently, or was authorized to do so by the campaign.

But if the latter, it's an escalation of the rhetoric Sanders' campaign has launched against the DNC all along, just more openly now. The wounds have been ripped open and the first primary voting dates loom ever closer.

The comments also implicitly associate Clinton with long-standing criticism from some progressives that she is a consummate political insider.

Still, whether or not the incident will make further waves in public is unclear. During the most recent Democratic debate earlier this month, both candidates remained perfectly polite about the data dispute, with Sanders issuing an apology and Clinton downplaying its importance. In the end, Democratic voters might end up caring as little about this dispute as Clinton's emails.