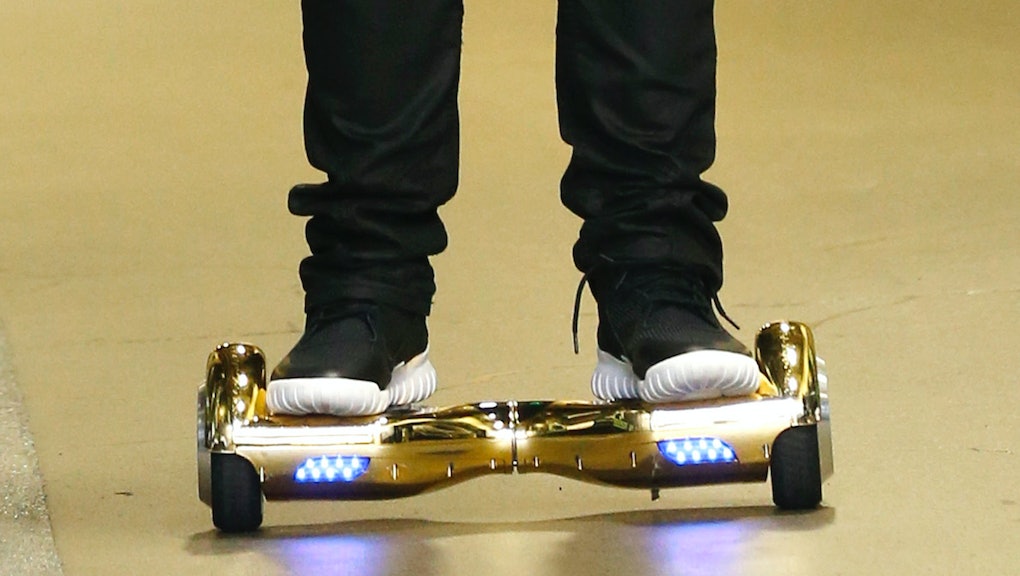 10 People Who Got Hoverboards For Christmas And Failed Miserably

Countless hoverboards were gifted as Christmas presents this year, even though the cheaply made toys have been known to randomly combust, and aren't even actually hoverboards, but instead devices with wheels which make commuting from point A to point B painless for lazy people.

Though the boards are already illegal in places like New York City and the U.K., get ready to see people riding the obnoxious motor vehicles on sidewalks, inside offices and throughout store aisles worldwide, much to everyone else's dismay.

However, hoverboard presents are also providing priceless gifts to the rest of the world, in the form of hilarious online videos showing off the many fails already taking place. It seems as though many who unwrapped the two-wheeled devices on Christmas Day were unaware of how difficult the gadgets can be to steer on the first go around:

Let's watch a few fails in slow motion, shall we?

This dad already came up with a cute little nickname for the hoverboard: "That son of a bitch!"

It's all fun and games until someone takes a tumble:

At least some have managed to take their fails in stride:

Wait, is that Santa? Why would he let this happen?

Some even tried to celebrate 2015's Star Wars Christmas in style...and failed miserably: