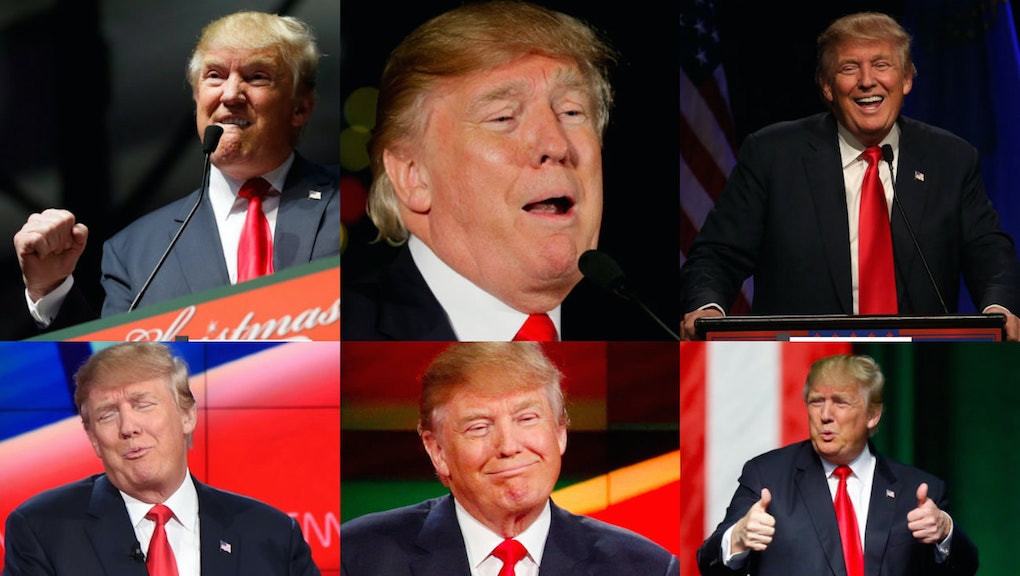 The Republican presidential frontrunner of 2015 needs no introduction. He's the most controversial and discussed man in the media – polarizing and hated by some, loved and adored by others. He is, of course, billionaire Donald Trump, and his words have carried him along the race to the White House, soaring above the flock of other GOP candidates in the polls and air time.

However, his campaign has been the epicenter of controversy and alarming rhetoric which some have renounced, while others have followed suit —  something he said is a major key to his success in his 1987 book Art of the Deal. It's seen as a tactic to advance oneself in political prominence — and Trump is the King of Controversy in the Republican field.

Here are 11 of the most controversial quotes Trump has said in 2015:

1) "Certainly, I don't have a lot of respect for Megyn Kelly. She's a lightweight and y'know, she came out there reading her little script and trying to be tough and be sharp. And when you meet her you realize she's not very tough and she's not very sharp ... She gets out there and she starts asking me all sorts of ridiculous questions, and you could see there was blood coming out of her eyes, blood coming out of her...wherever." — Said to CNN anchor Don Lemon.

3) "When these people [Asians] walk in the room, they don't say, 'Oh, hello! How's the weather? It's so beautiful outside. Isn't it lovely? How are the Yankees doing? Oh they're doing wonderful. Great ... They say, 'We want deal!'" — Said in a broken-English accent during an Iowa campaign speech.

4) "He's [Arizona Sen. John McCain] not a war hero. He's a war hero because he was captured. I like people who weren't captured." — Said during another campaign stop in Iowa, this time at the Family Leadership Summit in Ames.

6) "No more massive injections. Tiny children are not horses—one vaccine at a time, over time." — Said via Twitter, regarding children's vaccines.

7) "The line of 'Make America great again,' the phrase, that was mine, I came up with it about a year ago, and I kept using it, and everybody's using it, they are all loving it. I don't know I guess I should copyright it, maybe I have copyrighted it." — Said during a speech at Liberty University, about his campaign line which former President Ronald Reagan created over 35 years ago.

8) "Look at that face! Would anyone vote for that? Can you imagine that, the face of our next president?" — Said in a Rolling Stone cover story about fellow GOP presidential candidate and former Hewlett-Packard CEO Carly Fiorina.

9) "Now, the poor guy — you've got to see this guy, 'Ah, I don't know what I said! I don't remember!'" Said during a campaign speech, appearing to mock the mannerisms of a disabled journalist.

10) "Until we are able to determine and understand this problem and the dangerous threat it poses, our country cannot be the victims of horrendous attacks by people that believe only in Jihad, and have no sense of reason or respect for human life." — Said in a campaign statement calling for a ban all muslims from immigrating to the country.

11) "Our great African American President hasn't exactly had a positive impact on the thugs who are so happily and openly destroying Baltimore!" — Said via Twitter, during the Baltimore protests.