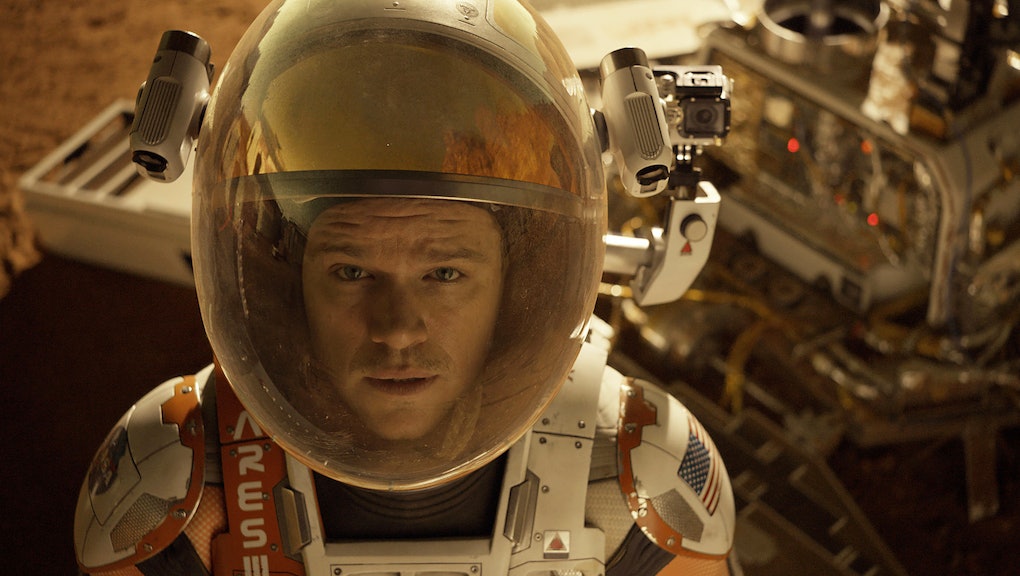 Estimates of the financial worth of a single human life, or even whether such a scale applies, vary widely — but they generally don't go as high as $900 billion.

Unless, apparently, that life is Matt Damon's.

BGR's Jacob Siegal points out a hilarious statistic that flew under the radar this year: Quora user Kynan Eng estimated approximately $900 billion of real and fictional money has been dished out to bring Damon back from distant places, counting both the production costs of movies in which retrieving Damon from far-off locales is a primary plot point and the costs of the in-universe plans to save him.

The tally includes films like Saving Private Ryan, in which a squad of soldiers is sent to bring back a paratrooper missing in action somewhere in war-torn Normandy; Syriana, in which Damon's character evacuates the Middle East on a secure private flight; and Interstellar and The Martian, both in which Damon plays a stranded astronaut eventually recovered by a rescue mission.

Here's the tally below.

Perhaps more astonishing than the $900 billion tally, which can't be verified due to the inclusion of guesstimated, fictional costs is the real $729 million that has been spent on movies more or less about Matt Damon.

However, those films have grossed $2.7 billion, according to Eng, so it looks like they paid off.