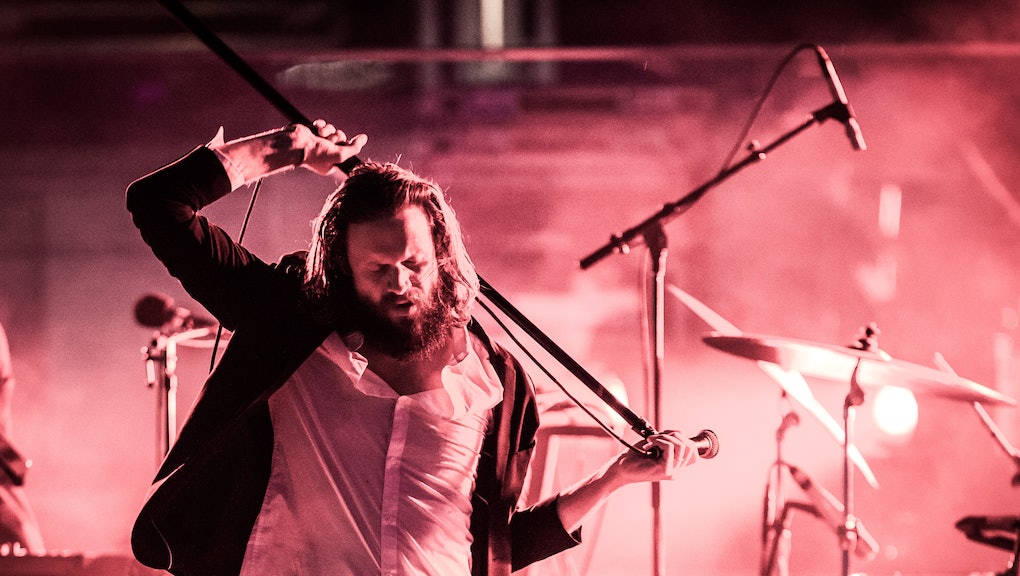 The more time you spend going to shows and concerts, the more you realize there are subtle rules dictating the way performances unfold. The prescripted pageantry is clearest during the encore. The rules hold that if the audience claps and shouts loudly enough for an encore, the performer will (or at least should) grant them one or more songs.

Father John Misty has never been content to play by the rules of show business, however.

The folk singer has a habit of mocking the traditions of the encore, often replacing them with audience Q&As. Sunday, he shared a supercut of some of the greatest moments of his audience engaging in this "ritual devoid of meaning," as he describes the encore. He answers questions about tank tops, what he orders at the Olive Garden and how sex works.

This Q&A will likely serve as the piece de resistance to cap off an epic year of Father John Misty trolling music media and all it holds dear. In addition to releasing his own excellent album I Love You, Honeybear, in September, Father John Misty released two covers of two of Ryan Adams' covers of Taylor Swift's 1989 as a gag. When he saw the media having a field day over the songs, he stepped up his troll game and took them down, writing an absurd statement that Lou Reed came to him in a dream to telling him to delete them.

"I was like, 'these people will print anything,' so I went and gave them the most fraudulent, the most blatantly absurd, unprintable piece of surrealistic nonsense — and they printed it!" Father John Misty said in an interview with WFPK radio in Louisville.

In November, Billboard published an interview about his suspicions of the pop music industry, sharing the fact he has no interest in "crossing over."

"You don't move into that other realm without making concessions — that's the price of admission for moving into wider exposure," he told Billboard. "It's very important to me that I maintain my ability to say certain things."

As long he keeps offering these levels comedic brilliance, who needs him to cross over?