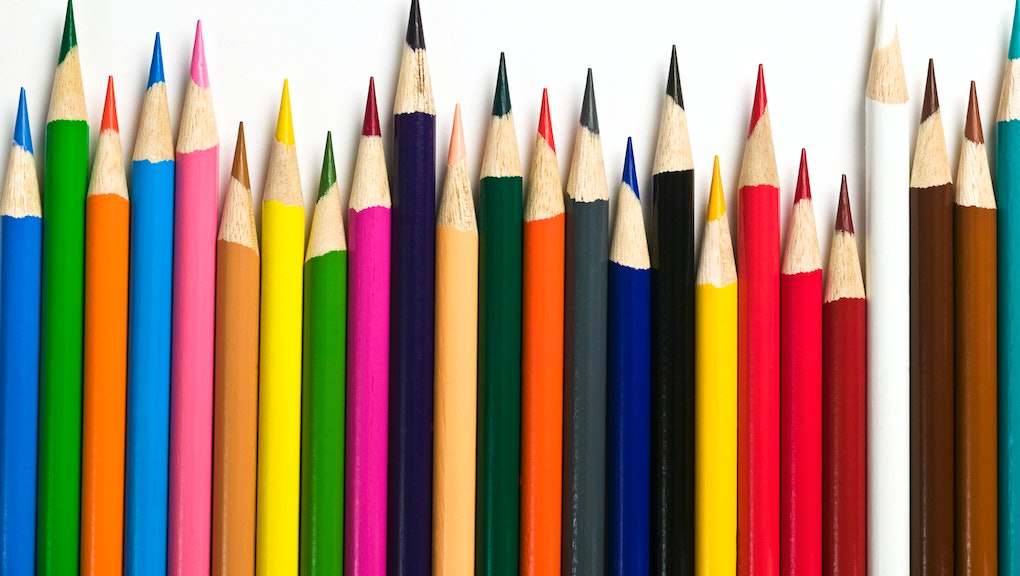 You may have noticed it happening on your Instagram feed, or perhaps the trend popped up under your Christmas tree this year. Grown-ups are loving their adult-specific coloring books.

Aside from the nostalgia of spending hours coloring inside — or outside — the lines, the childhood fun also boasts benefits adults need even more than kids. It turns out coloring is a great way to de-stress and unwind, perhaps even as a mental break during the workday. And some of them are adult-ier than others.

But there's one more plus to the adult coloring trend, and it has nothing to do with mindfulness. According to Fortune, in 2015 sales of print books went up 2%, a grand slam for the publishing industry. Harper Lee's Go Set a Watchman gave sales a boost, but publishers are giving the popularity of adult coloring books more credit for the upswing. As of this writing, eight of the top 20 best-selling books on Amazon are coloring books.

Broad City's Abbi Jacobson was ahead of the game when she published New York City and San Francisco editions of Color This Book in 2013, but other artists have hopped on the bandwagon more recently. Scottish illustrator Johanna Basford's coloring books account for three of those eight aforementioned Amazon best-sellers.

Carina Guiterman, an editorial assistant at Hachette Book Group, told the Wall Street Journal the company is already gearing up for the next big thing in adult coloring: connect the dots. "A lot of people think that's where this will go. We haven't seen the end of creative expression," she said. In January, Hachette publishing division Little, Brown & Co. will release the first two books of a connect-the-dots series for adults.

Publishers may be prepared for when the fad fizzles out, but in the meantime, adult coloring is going strong. On Instagram, the hashtag #adultcoloring has over 80,000 posts of those who are coming out as proud, grown-ass colorers.

"I think everyone has a creative spark; they just need the opportunity to let it flourish," Basford told NPR in April. "A blank sheet of paper can be daunting, but a coloring book has the outlines already there, making it easier to pick up a pencil and begin making your mark."