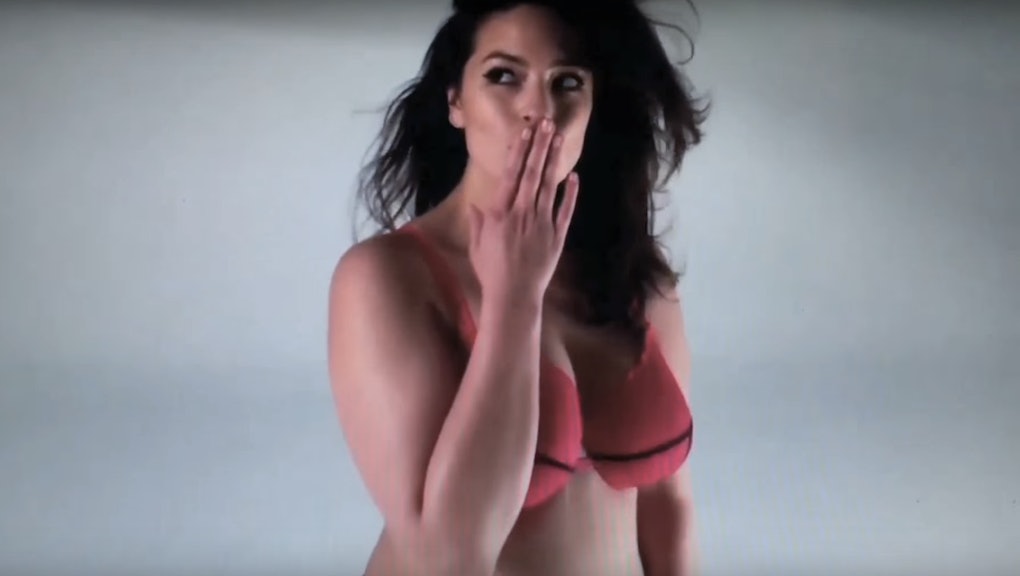 It's a Christmas tradition dating back to early Christianity at least 2011.

For every day of December, Love magazine debuts a steamy video online, presenting the series as its own saucy take on an advent calendar. On the first day of the 2015 advent series, the daily video starred Kendall Jenner. On the second day, it was Gigi Hadid, and on the 15th day, it was her sister, Bella. One by one, the top models of the fashion world let the holiday spirit move them in their hottest lingerie.

Every installment in the video calendar shows models posing, dancing around or literally on fire, and Graham's is no different. In the 88-seoncd video, she wriggles around in hot pink lingerie to the 1983 classic from Mtume, "Juicy Fruit." And she looks damn great.

America's next top model: The video caps the end of an extraordinary year for Graham, who's become a leader of a body-positive movement led by plus-size models. In February, she made headlines when she announced her debut in the Sports Illustrated swimsuit issue in a bikini ad, the first-ever plus-size ad in the magazine.

Graham's inclusion in this calendar, which hires top new models like Jenner and vets like Adriana Lima and Miranda Kerr, is especially noteworthy because she's included as their equal, without caveats or special allowances, not unlike Candice Huffine's inclusion in the 2015 Pirelli Calendar.

Cheesy and overtly sexual as the video may be, seeing a size-16 model alongside the Hadids and Jenners of the world is what amounts to progress in the fashion world. If Graham's getting cast alongside them in a video, perhaps the runways aren't too far off?