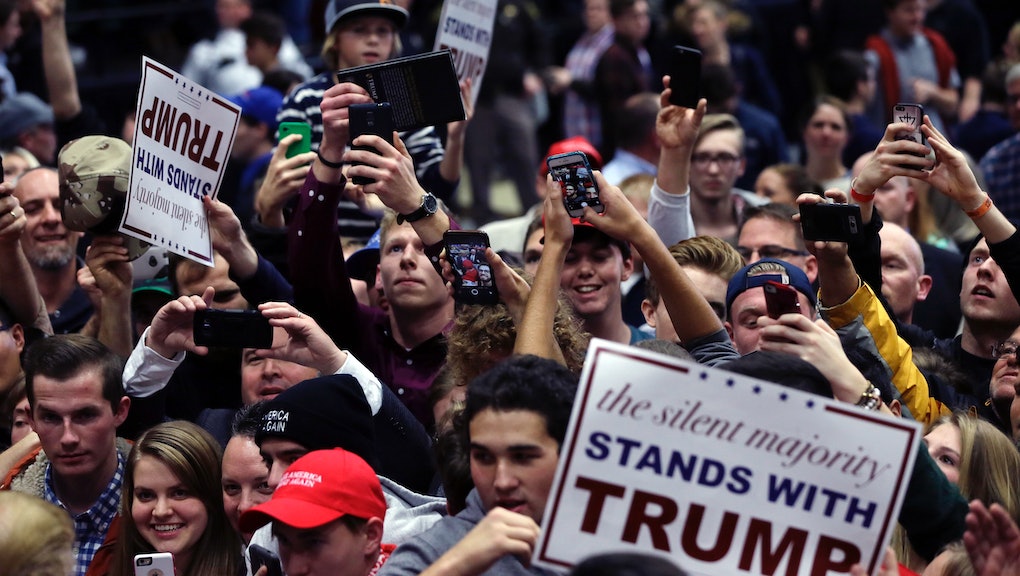 2016 Election Predictions: What Are the Odds of a Republican or Democratic Winner?

The United States is heading into an election year, and the presidency is former Secretary of State Hillary Clinton's to lose, according to the most recent general election poll numbers. A national poll from CNN and ORC International published Wednesday showed if Clinton were to win the Democratic nomination, 49% of primary voters said she would have their vote, while 47% of survey responders said they'd vote for the leading Republican candidate, real estate mogul Donald Trump (should he end up gaining the Republican presidential ticket).

A Tuesday poll from Quinnipiac University put Clinton ahead of Trump by 47% to 40%. Clinton and Trump are both leading in the polls in their respective parties. Clinton is polling ahead of the Democratic challenger Vermont Sen. Bernie Sanders 56.3% to 29.9%, according to the Huffington Post's most recent numbers. Trump has his current challenger, Texas Sen. Ted Cruz, beat 37.5% to 18.3%, the Huffington Post reports.

"It doesn't seem to matter what he says or who he offends, whether the facts are contested or the 'political correctness' is challenged, Donald Trump seems to be wearing Kevlar," said Tim Malloy, assistant director of the Quinnipiac University Poll, in a statement on Dec. 2.

Yet according to Reuters, the fluctuation of polls could be a moot point. In October, the newswire published a feature that says, based on its proprietary algorithm, a Republican candidate is most likely to take over the White House in 2017. Highlighting the average percentage error of polls leading up to the election, which grows in accuracy as election day nears, the feature says a Democratic successor is far less likely to take the White House based on the fact that President Barack Obama is a Democrat and due to his recent approval ratings.

"In the coming months, Obama's approval ratings may tick up," write Clifford Young and Julia Clark for Reuters. "But they would have to pass the 55 point mark to give the Democrats even odds of keeping the White House. This is extremely unlikely, given the fact that presidential approval typically declines over time, and Obama's ratings are no exception."

Will she or won't she? According to a feature authored by Ramesh Ponnuru that ran in the Nov. 2 issue of National Review, Clinton could "likely" win the presidency, despite being disadvantaged by the fact that the same political party has only once won the Electoral College three consecutive times since 1952, occurring in 1988.

"But voters then were much happier about the state of the country than they are now," Ponnuru writes. "In the fall of 1988, most polls found that Americans were slightly more likely to say that the country was 'headed in the right direction' than that it was 'on the wrong track.' Now, more than twice as many people give the negative answer as give the positive one."

Public opinion and historical odds not withstanding, Clinton's potential success still depends on a great many things, according to Ponnuru, including favorability, "time-for-a-change sentiment" and black voter turnout in 2016. President Obama, in 2008 and 2012, benefited from a higher-than-usual turnout from black voters, which helped edge the Democratic candidate into office.

With the odds stacked against her and Trump's popularity to overcome, Clinton's still in the lead to win the White House — for now.