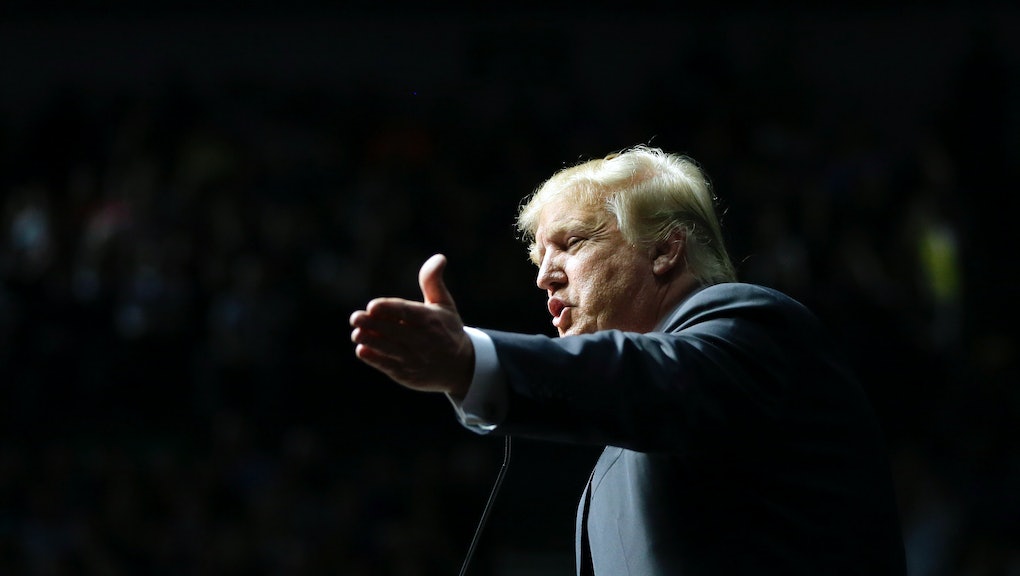 You Won't Believe Who Tied for 2nd Place in Gallup's "Most Admired Man, 2015" Poll

When Americans were asked their opinion about the world's most admirable men, it wasn't the survey result's top biller (President Barack Obama) who was worth the double take — it was the two men sharing the second place spot.

Pope Francis and Republican presidential frontrunner Donald Trump tied for second according to the results of a new Gallup poll released Monday.

According to the data, Obama took first place with a wide lead with 17% of respondents citing him as their most admired man, Trump and Francis, meanwhile, each took 5%. Tibetan spiritual leader and Nobel Peace Prize laureate the Dalai Lama took just 1%.

As Washington Post reporter, Philip Bump pointed out, the results might have less to do with the Donald's raw animal appeal and more with the power of name recognition. With the exception of a brief appearance in 2011, when he garnered 1%, Trump has never previously appeared on the list. Other newcomers, this year, like presidential candidates Bernie Sanders and Ben Carson, almost certainly made the cut due to outsized media coverage of their respective campaigns. In addition, the top spot, held by President Obama, is traditionally held by the sitting president. The only men who have won four or more times have all been sitting or former commander-in-chiefs.

Still, the Trump surge is not completely explainable with past precedent. In their respective races, neither John McCain nor Mitt Romney ever approached the 5% mark that Trump currently commands.

While standing in papal company, just shy of a president is good news for the billionaire, the survey was even better for the Americans' most admired women: Democratic frontrunner Hillary Clinton. Clinton, who has been in the public eye since her husband was first elected president in 1992, placed first on the most current list for the 20th time, widening her all-time lead in the position against Eleanor Roosevelt, who took top honors 13 times.

Trump's sudden surge in the "admirability" rankings comes as he continues to dominate the Republican field heading into 2016. The real estate magnate has sat atop almost every state and national poll since July, despite controversial statements made about Mexicans, women, veterans, Muslims and vicious attacks against rival candidates on both sides of the race. Indeed it was Gallup that just 10 days ago published poll results showing Trump's favorability was untarnished by his calls for a "total and complete shutdown" of Muslims entering the U.S.

Mic reached out to Trump campaign spokeswoman Hope Hicks, who was unavailable for comment.

It is beyond unclear to say how the 2016 presidential race will unfold, but if Trump does prevail and move on to the Oval Office, history suggests that the penthouse spot on this list will come along with it.