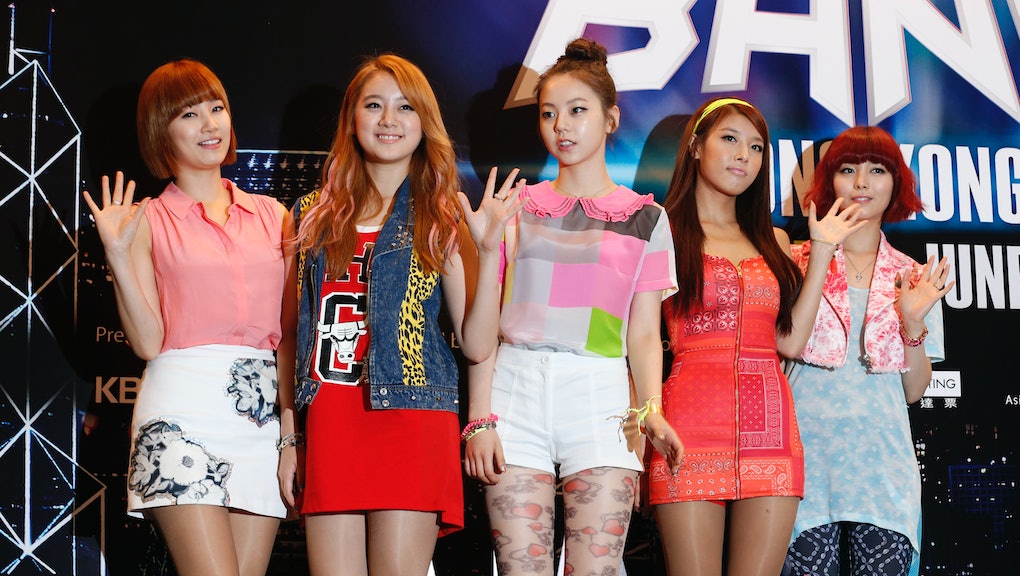 Soompi Awards 2015: Nominees and How to Vote

The voting for the top K-pop artists is now in session with the 11th Annual Soompi Awards, hosted by the English-language, Korean pop culture-focused site Soompi. Having started on Dec. 21, fans have until Jan. 7 to vote in 30 categories in K-pop and K-drama, as well as a "mystery category," which opens for voting on Monday and Jan. 3 and was announced on Soompi's Twitter, the site said. For the awards, hosted by group Topp Dogg, winners are determined by fans voting online and on the app Line, and by the Soompi Music Charts.

What is K-pop and K-drama? The bubbly Korean pop, or K-pop, is taking on the mainstream, especially with Psy's 2012, YouTube record-shattering "Gangnam Style." The K-pop industry first earned its credibility from appearing on Korean dramas, or K-dramas, in the '90s, and is now worth billions, the Guardian reported. K-pop groups differ from Western artists by being usually large in size and having acronyms for their names, such as the 12-member EXO.

K-dramas are also peaking in consumption. Like telenovelas, the plot lines are dramatic, theatrical, but also demure, Vice reported. Sometimes it can take 10 episodes for two characters to kiss. K-dramas can be found on Netflix and Hulu but also have their own streaming sites, like DramaFever.

On those mystery-category days, fans will also vote for best fandom by tweeting "#Team" with the name of their favorite K-pop group as many times as they want. Those who participate are automatically entered in contests to win prizes.

Some of the contenders: Popular K-pop boy band BigBang, who Grimes called out as one of her favorite K-pop artists for Fuse earlier this month, is up for artist of the year. They're going against the Wonder Girls, who broke the Hot 100 with their 2009 track "Nobody," Billboard reported.

Actor of the year nominee Ji Chang Wook, who stars in Healer, will ring in the new year for China with a television special, according to KpopStarz. From The Time I Loved You, Ha Ji Won, who is up for the actress of the year, was the only Korean star to appear at the Hong Kong International Airport's Christmas lighting ceremony, KDramaStars reported.

K-pop has been growing in worldwide popularity over the past few years thanks to breakout bands like Super Junior and the Wonder Girls, Billboard reported last year. The 10th Annual Soompi Awards earned over 23 million votes worldwide, according to the site.