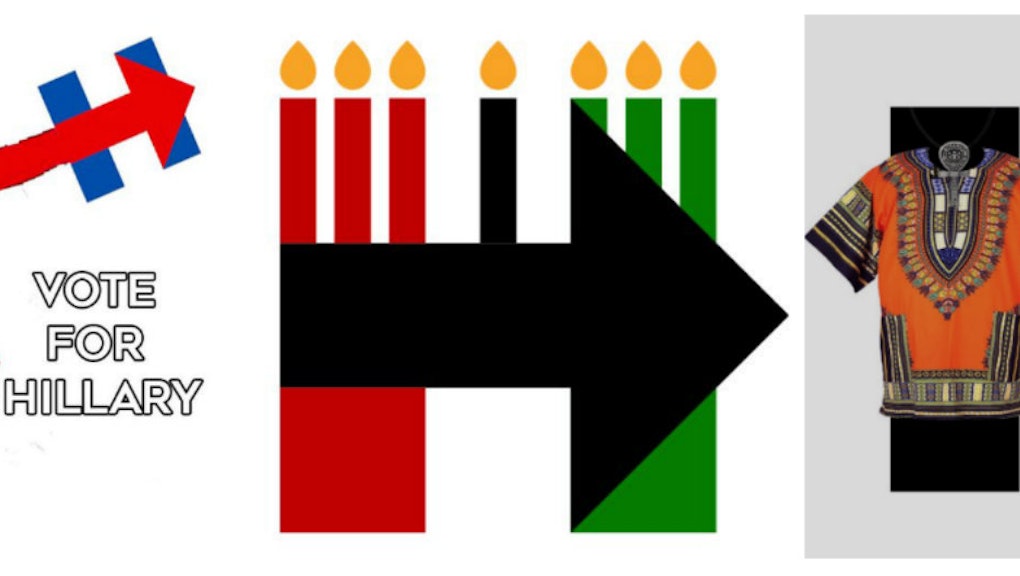 To accompany the logo, Clinton tweeted a sentiment to all who celebrate Kwanzaa.

However, within a few hours of the change in Twitter logos, her avatar had been switched back to a profile of the candidate. Some attribute the change to Twitter's reaction, which birthed a new hashtag: #NewHillaryLogo.

Twitter users who felt Clinton was pandering to the black community rather than engaging with it responded to the candidates' logo with some homemade replacements.

No matter the content, each logo played off the same idea: that there's a chasm between black culture and what people perceive to be black culture.

Twitter and Instagram memes accused Clinton of pandering after she attempted to whip and nae nae on the Ellen DeGeneres Show in early September.

This is the second time in the last several days that people of color have responded to perceived missteps and pandering from the Clinton campaign.

Last week, Latino twitter users responded to an article posted on Clinton's site claiming she was just like their grandmothers, or "abuelas," with the hashtag #NotMyAbuela.

While Twitter is determined to force the candidate to engage with voters of color more authentically, the candidate does seem open. In August, Clinton met privately with members of the Black Lives Matter movement. The footage of that meeting surfaced online shortly after.

You can watch the two-part exchange here: