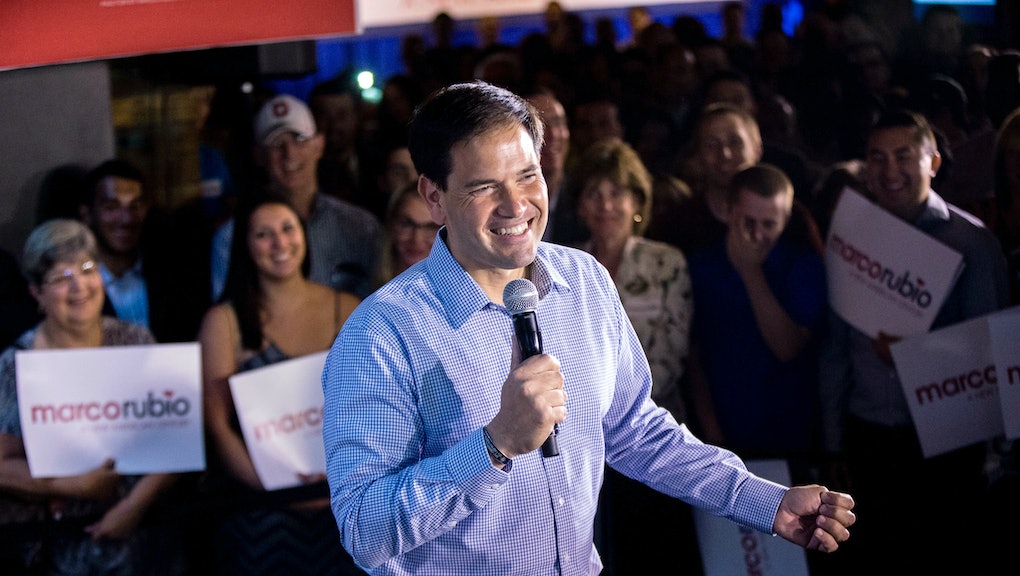 Rubio announced his candidacy in April. Since January 2011, he's missed 197 of 1,482 roll call votes, 13.3% overall, GovTrack.us found. That gives him the not-so-coveted title for the worst voting attendance for any senator for this year, CNN reported. His peak of absence is from October to December, where he missed 58.2% of votes, according to GovTrack.us.

"You've got a member of the U.S. Senate who is running for president who didn't even have the courtesy to show up and make a vote on the budget," Lewandowski said, according to BuzzFeed.

Rubio defended himself on CBS' Face the Nation, saying, "In essence, not voting for it is a vote against it," according to NBC. He previously said that his campaign keeps him too busy to hit the Senate floor, reminding everyone that he's not just on vacation, according to CNN.

In February, Rubio's office released a statement saying, "He is one of the only senators with young children who has not moved his family to D.C., and tries to spend as much time in Florida with them as possible."

People and the other GOP candidates have taken no mercy on pointing out Rubio's attendance record, ABC reported. "Marco, when you signed up for this, this was six-year term," fellow GOP candidate Jeb Bush said in the October Republican debate. "And you should be showing up to work."

Rubio's absence even has its own hashtag, #NoShowMarco, of those outraged by his voting record.