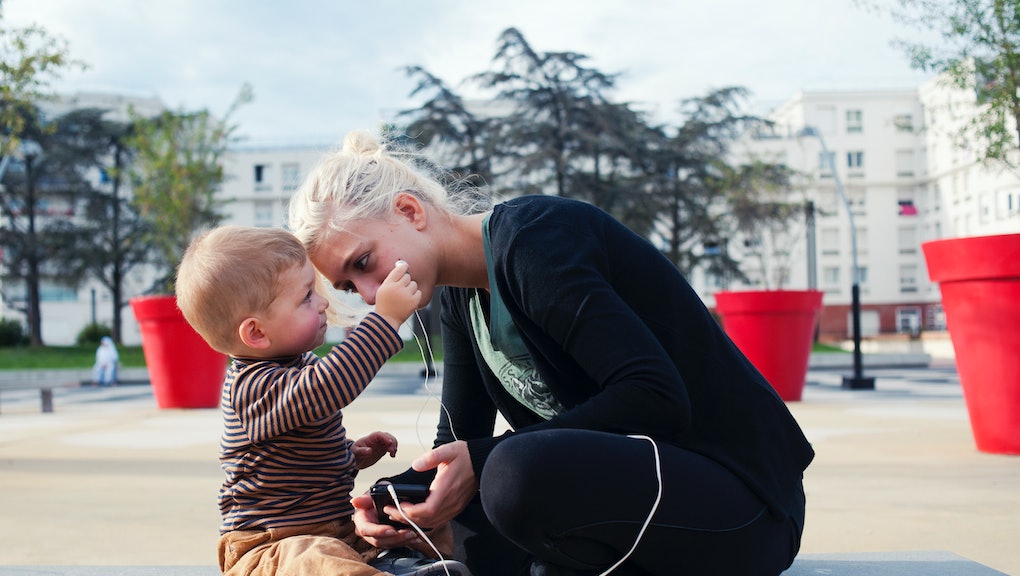 On the surface, "What kind of music are you into?" seems such an innocuous question. It's tossed around as small talk at parties, pops up on our first dates; it's actually one of the most frequently asked questions people resort to when to trying to get to know one another. There's good reason for that.

People reveal a surprising amount about themselves when they share their taste in music — from their personality traits to social values to their socioeconomic background. Others can pick up on these details with a surprising, intuitive accuracy. Likes and dislikes are not random. They can be uncanny reflections of personality, and science is beginning to understand exactly how.

There's a good amount of research dedicated to why humans react to their preferred music. A complex pattern of personal values, personality traits and thinking styles goes into defining taste. What follows is sample of research into how those tastes develop.

Taste is influenced by personality traits.

An individual's taste in genre is often determined by circumstantial factors, like socioeconomic background, where a person grew up or the kind of face they want to portray to the world. However, if one instead divides music by its sonic and emotional characteristics, it can be used to point out some stunning personality differences.

This is exactly what Peter Rentfrow and Samuel Gosling from the University of Texas at Austin did with a 2003 study. They broke music into four music-preference dimensions: reflective and complex, which included jazz, classical and folk; intense and rebellious, comprising rock, alternative and punk; upbeat and conventional, made up of country, soundtracks and pop; and energetic and rhythmic, including hip-hop, soul, funk and electronica.

Rentfrow and Gosling found that fans that fell into one of the different music-preference dimensions shared some striking similarities in personalities and values, down to specific details such as political ideology and shortcomings. For example, upbeat and conventional listeners tend to be extroverted and agreeable, but have lower levels of emotional stability and less developed verbal abilities. While fans of reflective and complex music tend to be intelligent, tolerant and share liberal social ideals.

Taste is influenced by thinking style.

Musical tastes can also provide insights into a person's thinking style. A July study in PLOS One asked participants to take a personality assessment classifying their levels of empathetic and systematic thinking. They were then asked to rate their preferences for various music excerpts.

People who scored high on empathy, revealing they're more closely attuned to others' emotional states, gravitated toward mellow and reflective music like folk, country and R&B. Systematic thinkers, whose minds are more adept at parsing out conceptual and mathematical relationships within complex systems, sprang for music with a higher degree of sonic complexity and intensity, such as the Beastie Boys or Miles Davis.

The differences held within genres, with empathetic thinkers going for smooth, romantic jazz like Billie Holiday, and systematic thinkers preferring the unpredictable dissonance of Pharoah Sanders.

People frequently lie about their tastes.

One of the trickiest aspects of attempting to quantify musical taste is allowing for human deceit. Participants often lie about what they listen to on a regular basis. "There is a difference between the music that people report to like and what they actually listen to," Tomas Chamorro-Premuzic, author of a 2007 study on musical tastes, told Medical Daily. "That's because people are aware that liking certain music is linked to certain values and personalities."

It all goes back to music being a frequent small talk topic. Because many people consider musical taste to be an accurate reflection of personality and values, many tailor their likes and dislikes to craft a certain persona. However, it seems this kind of identity shifting becomes less common as individuals grow.

In the same way there's a critical period for language development, when young children can more easily pick up a language's intricacies, there's also a critical age for the development of music taste. It starts at 14 and peaks around 24.

"Fourteen is a sort of magic age for the development of musical tastes," Daniel J. Levitin, director of the Laboratory for Music Perception, Cognition and Expertise at McGill University, told the New York Times op-ed contributor David Hajdu in 2011. "Pubertal growth hormones make everything we're experiencing, including music, seem very important. We're just reaching a point in our cognitive development when we're developing our own tastes. And musical tastes become a badge of identity."

People actively accumulate more music and continue to refine their tastes until around age 24, when it reaches a peak. During this time, one's identity and social groups begin to firm up, and people tend to challenge their aesthetic preferences less. Of course, there will always be magical exceptions, like those few grandparents who love trap.

Several studies assert that people stop seeking out new music at around 33 and slowly gravitate back toward the music that was popular when they were coming of age. In other studies, older people do report drawing far more pleasure from music that they heard in their 20s than any other period.

Music from this time in people's lives is linked to some of their most impactful and exciting memories — from their first romantic encounters to uncertain career beginnings.

Still, people's tastes may shift based on their psychological and social needs. A 2013 study suggests that our tastes shift from more rebellious, intense music in our youth toward more sophisticated, relaxing music, which we use to calm ourselves after long days of dealing with the pressures of our jobs and kids, with several smaller stages in between.

It's still unclear which hypothesis holds more weight. In How Pleasure Works, a 2010 book by Yale psychology professor Paul Bloom, Bloom notes one doesn't hear a lot of "Rage Against the Machine being played in retirement homes," arguing old people's tastes from their 20s still rule their lives years later. But when all the '90s babies hit the leisure home circuit, will a bunch of Notorious B.I.G. start ringing through the cafeteria? Or will those older folk also gravitate toward jazz and classical like the generations that came before? Only time — and further research — will tell.