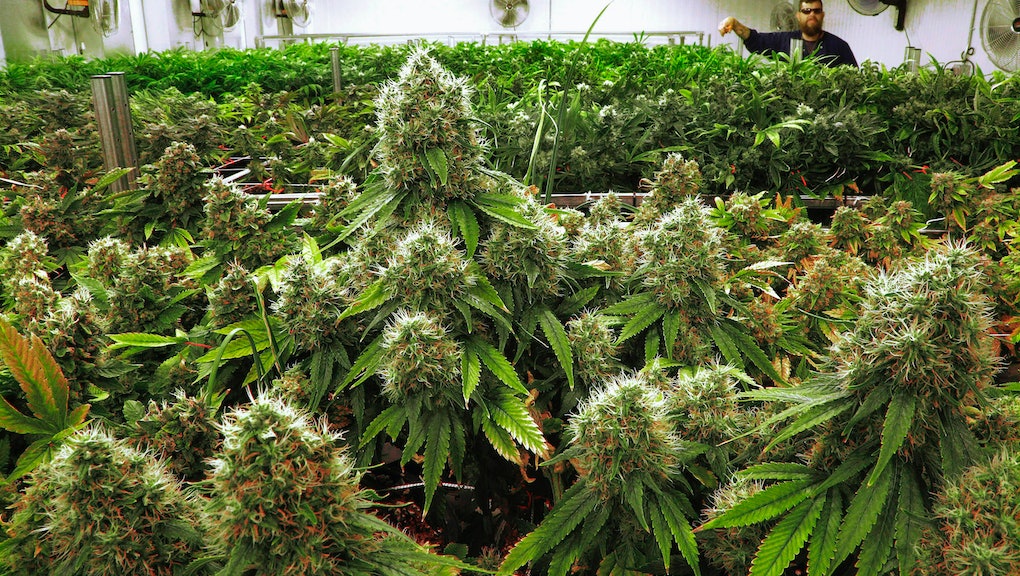 On Monday, New Hampshire began issuing the ID cards for qualifying patients to buy medicinal marijuana, ABC affiliate station WMUR-9 reported. Though the state Legislature legalized medicinal cannabis in 2013, ID card holders in the Granite State have been waiting to legally buy medical marijuana, and will continue waiting until springtime — when New Hampshire's first dispensaries are expected to open.

"As we begin to issue registry identification cards to qualifying patients who want them, we look forward to those patients being able to access therapeutic cannabis at dispensaries in New Hampshire," New Hampshire Department of Health and Human Services Commissioner Nick Toumpas said in a press release. The cards will be issued by mail to those approved patients and caregivers, ahead of state Alternative Treatment Centers (ATC) openings.

"The ATCs are moving quickly to open their dispensaries and we anticipate that the first dispensaries will open in Spring 2016," Toumpas added in the release. "We thank the Attorney General's Office for its consultation."

Yet according to the Dec. 22 press release from the New Hampshire DHHS, cardholders will still have to signal to the state which dispensary they've selected, wait for approval on that selection and then wait for the agreed-upon ATC dispensary location to open.

The approval process is ongoing on a first come, first served basis, and the Therapeutic Cannabis Program officials have already received north of 100 applications.

Who's eligible for legal weed in New Hampshire? A number of medical conditions qualify patients to apply for a medical marijuana ID card in the Granite State. Some of the conditions include cancer, glaucoma, epilepsy, Parkinson's disease, Alzheimer's disease, among others, or "one or more injuries that significantly interferes with daily activities as documented by the patient's provider," according to the New Hampshire DHHS' explainer page.

Patients suffering side effects from treatment for terminal or "debilitating" illnesses are also eligible for medical marijuana in New Hampshire. Some of those residual conditions include constant nausea, vomiting and muscle spasms.

Though that might sound like all patients suffering from, say, cancer or Crohn's disease in New Hampshire would easily be able to gain access to medical marijuana if they wanted, a qualifying condition doesn't necessarily translate into a guaranteed ID card. According to the New Hampshire DHHS, medical providers must verify that ID applicants have not only been diagnosed with a qualifying disease, but that he or she also suffers one of the predetermined symptoms of the disease or its treatment.

WMUR-9 reported that Monday's move to distribute ID cards follows a legal entanglement between New Hampshire state and a terminal cancer patient, Linda Horan. Horan, a New Hampshire state resident, went to court to be able to buy weed legally from a dispensary in Maine to treat her cancer, as New Hampshire locations have yet to open.

"I would have been looking at an ending that including nothing but Big Pharma and opiates," Horan said of the judge's ruling, according to ABC. "I'm over the moon."

The battle elsewhere: So far, 23 states and the District of Columbia have legalized marijuana in some form, whether that means lessening the punitive measures for possession or decriminalizing medicinal or recreational cannabis. Yet only four states to date have legalized recreational cannabis — Oregon, Washington State, Alaska and Colorado. Yet as Mic previously reported, a number of states could legalize marijuana in 2016, including Nevada, California, Maine, Arizona, Connecticut, Michigan, Ohio, Rhode Island and Vermont.