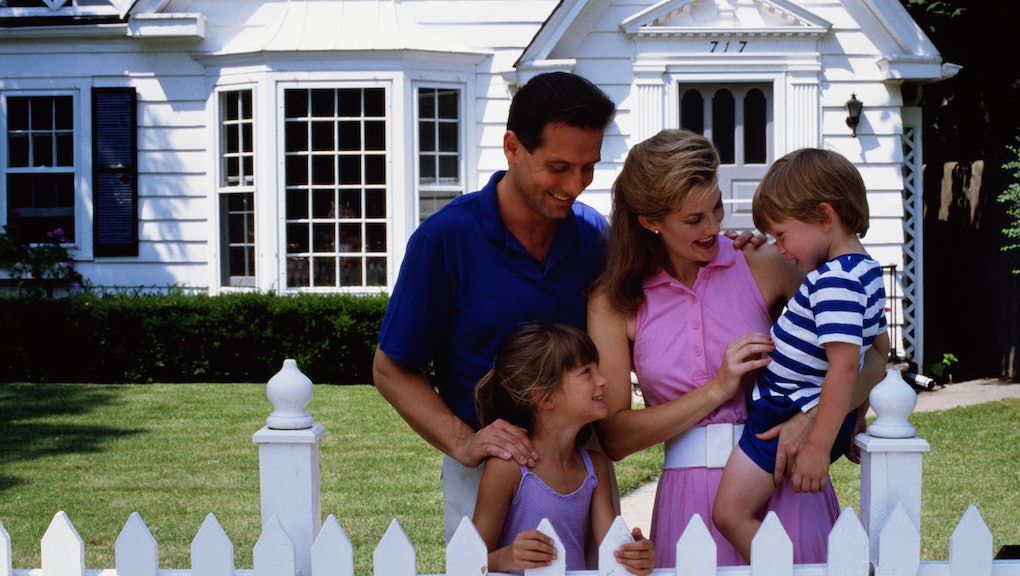 Bernie Sanders' "political revolution" has repeatedly tested the limits of how left-leaning a presidential candidate can sound and still maintain a decent standing in the polls. The firebrand senator from Vermont has been able to press for single-payer healthcare, free college and designating climate change as the nation's foremost security threat while climbing to a position within striking distance of Democratic frontrunner Hillary Clinton.

But if you look carefully, it's clear that he's still captive to at least one rather striking Democratic party orthodoxy. When pressed by George Stephanopolous on ABC's This Week earlier this month about taxes on the middle class, Sanders said that, with the exception of a minor payroll tax designed to fund paid family leave, he would not raise any taxes on the middle class. But what was more revealing was how he described his plan to raise Social Security benefits — by "lifting the cap on taxable income ... [on] people making $250,000 a year or more."

Why does that matter? Because it implies Sanders thinks that people making up to $250,000 people count as middle class.

This is an entirely unremarkable tax policy position in Democratic policy circles, one that has reigned as a prevailing upper threshold for the middle class since the Clinton years. But it is fascinating to see it quietly endorsed in the policy documents of a self-described democratic socialist who has agitated for years for the robust government provision of social services that would, if actually fulfilled, require more than just the "billionaire class" to hand more cash over to the Internal Revenue Service.

Sanders' reluctance to buck status quo on the idea that a household making $249,000 a year is an average household is in many ways a testament to America's peculiar political culture surrounding the idea of class. Even in this time of extreme stratification, close to 90% of Americans identify as middle class. Every national politician in the country is aware of this, and it explains a great deal of why you'll be hard-pressed to find one whose class politics stray from the stance that the ascendance of the middle class should be Washington's greatest priority.

But this veneer of one giant, middle-class nation — which is essentially just another way of saying that the country is classless — has serious costs for progressive reformers. If you can't acknowledge that people who are affluent without being obscenely rich should be contributing to society differently than those who exist on the lower rungs of middle-class comfort, then there are serious limits on how seriously you can be taken when calling for policies like single-payer healthcare that require huge sums of money that can't plausibly only be extracted from the 1%.

It's worth stepping back for a minute and identifying exactly where households earning $250,000 a year fit into the socioeconomic landscape. In an op-ed for the New York Times, economics writer Bryce Covert notes that Americans making $206,568 or more constitute the top 5% of earners across the country. $250,000 is also about five times the median household income in the U.S. Not only are median earners and people in the top 5% far apart, but the gulf between them has been growing — Covert reports: "Between 1967 and 2014, median household income went up by $9,400 while those 5 percenters are now making $88,800 more, all adjusted for inflation."

Someone in the lower range of the 5% isn't as unfathomably comfortable as a member of the iconic 1%. But at the same time, it shouldn't be controversial to say that making close to a quarter-million each year — to say nothing of the corresponding bigger assets like homeownership and savings — should be placed in a different category than a household making around $60,000. Someone making a low six-figure salary may not have it all, but they certainly have more of it than most. And with greater privilege comes greater responsibility — something that could be expressed through a more nuanced tax code.

The $250,000 threshold doesn't have any particular foundation in economics or class structure — if it did, it wouldn't have remained static for decades. President Bill Clinton's decision to raise the bar for highest earners from about $90,000 to $250,000 (while also increasing the tax burden on highest earners) is a reflection of Democratic politicking in the '90s — a time when a Reagan-ite propensity for lower taxes for the wealthy was still dominant in both parties.

But now that it's the norm, it's created expectations that are hard to take away. One element that's likely playing a role in the reluctance of policymakers to lower the tax threshold is that it hits too close to home. The low six-figure salary range is exactly the kind of income that's common among influentials and power-brokers in the D.C. metropolitan area. It's not only that a lot of people in Washington have self-interest in maintaining a high threshold for the middle class — it's also probably the case that making something like $200,000 a year genuinely doesn't strike them as particularly lavish. The high cost of living in the area and the relative opulence of other cities of great stature like New York and Los Angeles mask the extreme material comfort of the D.C. metropolitan area relative to the rest of the nation.

As I've written about before, it's not just rich people in D.C. who have convinced themselves that they're truly middle class. The extremely high costs of health care and higher education in the U.S. leave almost anybody but the richest of the rich feeling vulnerable to financial hardship, even if such hardship is never experienced. And as Massachusetts Sen. Elizabeth Warren wrote about back when she was still a law professor, many fairly well-off middle class families fall into bankruptcy after straining their finances through a desperate bid to make sure their children have access to the best schools.

In other words, structural problems that make the cost of vital services in American society exorbitant — costs that are relatively manageable in other affluent democracies — means that even someone in or around the top 5% experiences some degree of fragility. In many of the expensive major metropolitan areas that play an outsize role in the economy, $250,000 is no guarantor of insane luxury.

This is all to say that while treating a household making $249,000 as a standard middle class family is a fiscal mistake — they should be taxed more than someone making much less — it's not impossible to see where the resistance is coming from.

You know a society is in deep need of changes if even some of its most well-off members feel so vulnerable. Someone like Sanders is the person to make that case for those changes — he might as well as tackle the problem head on.