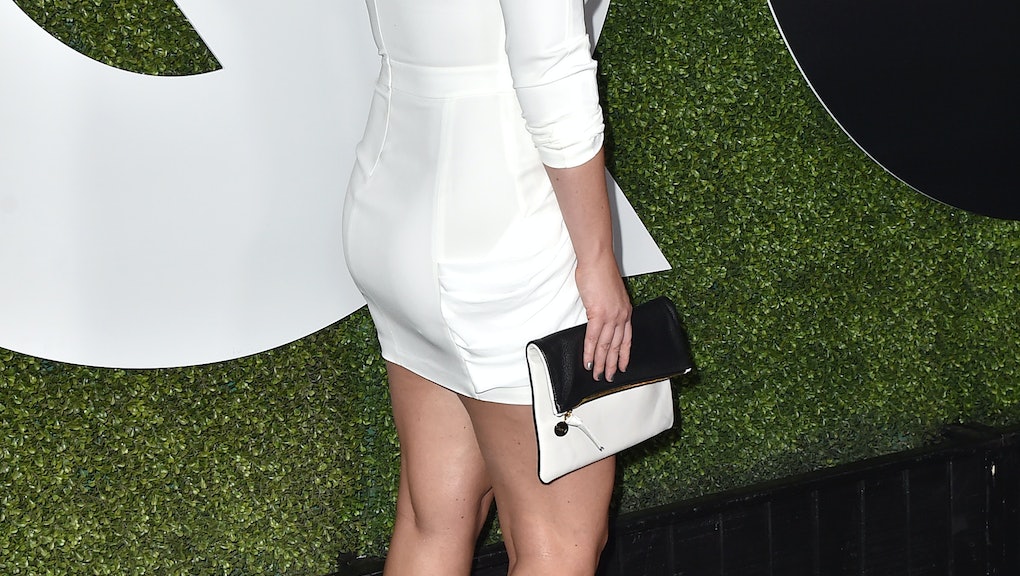 Each year, Entertainment Weekly chooses an entertainer of the year to feature on the cover of one of their last issues. This can be a single musician or actor, a cast, an author, etc.. In years past, it's been everyone from the cast of Grey's Anatomy to Sandra Bullock.

This year's chosen one is Jennifer Lawrence — an odd choice, perhaps, considering her 2015 was actually pretty rocky. That said, Entertainment Weekly's decision is a fairly arbitrary one. There are a dozen external factors (publicists, publication dates, hot projects) influencing the result, and it's hardly a vital crown to wear. Did Taylor Swift's entertainer of the year title make her 2010 any better?

But the real entertainer of the year was Amy Schumer. It wasn't even close.

Love or hate her, there's no denying Schumer had one of the most dominant years in recent entertainment history. Even if she just had her Comedy Central show Inside Amy Schumer on her résumé, she'd be a contender. More than any other TV series this year, Inside Amy Schumer controlled the conversation. She got her fans talking about sexism in Hollywood not just as a passing issue of the day, but as a constant conversation.

In just one season, Schumer wrote and performed sketches about rape culture in sports, about relationship fights and about media obsession with what beauty should be. Her fearlessness in tackling these meant her audience — an increasingly expanding one, thanks to her viral potential on entertainment news sites — was getting the full message. No watered-down comedy here; Schumer and Inside Amy Schumer are the real deal.

Of course, Inside Amy Schumer was just the start of the comedian's year. Arguably her biggest moment of 2015 was the release of her first feature film Trainwreck — a story she not only starred in, but also wrote. The movie features Schumer as the titular "trainwreck," a woman allergic to commitment who is falling in love with a decent man (Bill Hader). It's a gender-flip on an old trope (commitment-phobe and the nice girl), and an incredibly sex-positive one as well.

Trainwreck earned critical plaudits and commercial glory, sitting just inside the top 25 movies of the year. It is one of only seven of those 25 to be original and not a part of a franchise. Yes, Schumer had such a great year she crafted a sex-positive, woman-first movie — and it was a huge hit.

Yet, again, that wasn't all Schumer had to offer this year. She also had her first HBO stand-up special, a raucous best-hits affair that was revolutionary because it was all about being a woman. Earlier in the year, she also won an Emmy for best variety sketch series, putting her in a class of masterful performers that includes Carol Burnett, Julie Andrews and Lily Tomlin.

She's brazen and outspoken about topics once deemed inappropriate for women to discuss. She's a crude relationship guru with advice perfect for the 21st century. She's the kind of entertainer willing to thrust herself in front of Kim Kardashian and Kanye West on a red carpet for a joke. This is a woman who could make hundreds of headlines from just telling a story about her trainer for her feature film.

Somehow, this woman wasn't the entertainer of the year to Entertainment Weekly.

In all fairness, Schumer probably doesn't even care about the title of entertainer of the year. She's got huge success, a massive fanbase and the world at her fingertips. Everyone eagerly awaits her next move. She's the most prominent voice in comedy.

Will someone else be more dominant next year? Of course. Today's flavor of the moment will inevitably fade into the background to be filed among the old favorites. But Schumer is a force, and she's here to stay. That, more than any silly title, is her reward.