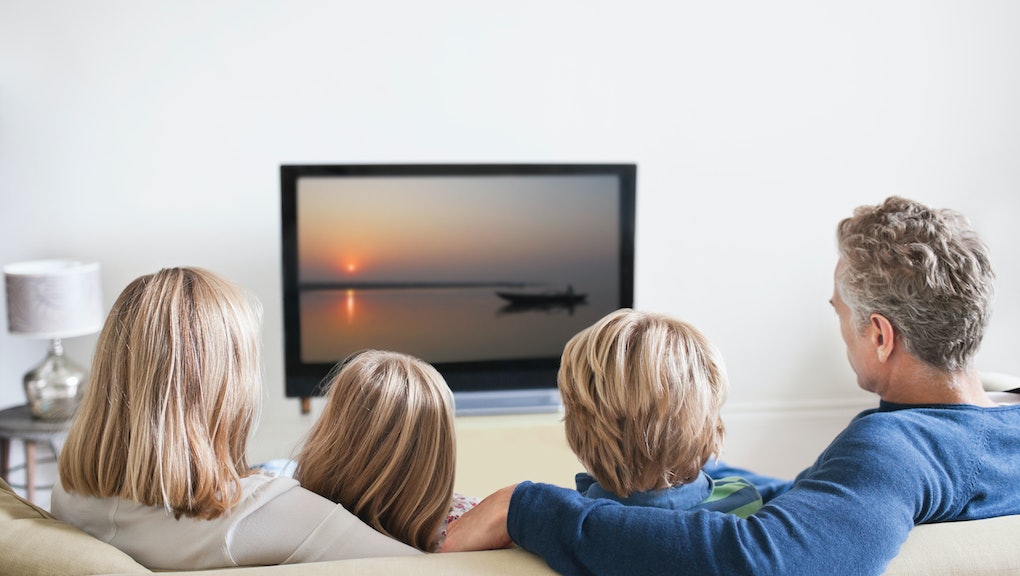 So you're spending the holidays with your family. (Congratulations on making it through the past week without committing any major violent felonies, by the way.) You're in your parents' DVD library, looking for a movie to watch on a Thursday night, when you come across something that looks like it could be fun for the whole family. "Hmm, Blue Is The Warmest Color," you think to yourself. "I love films about color theory! That sounds delightful."

So you pop it into the DVD player and settle down for a night of good, clean family fun. Cut to an hour and a half later, when you're sitting next to your great-aunt Francine, both of your mouths agape as you watch two French ladies scissor on screen.

"Man, I wish there was a website that could've prevented this from happening," you think to yourself.

CringeMDb is basically exactly what it sounds like: an IMDb-esque database that tells you what movies are cool to watch with your parents and which ones aren't. While you'd think a Google search for a movie's rating (or, you know, a glimpse at the artwork on the box cover and simple common sense) would answer that question fairly easily, CringeMDb offers an even quicker answer to that question.

Simply type in the name of the movie — let's say, just for fun, that it's Star Wars: The Force Awakens — and CringeMDb will tell you if it's cool to watch with your parents:

Search for the 2005 cinematic pornographic masterpiece Pirates, however, and you'll get a definitive:

Judging by its social presence, CringeMDb appears to be fairly new, and the website is going viral on Reddit. The design is admittedly simplistic, and its database is fairly limited: for instance, it only includes movies between 1995 and 2015. (So if you're wondering if it's appropriate to watch, say, the famously gruesome 1980 film Cannibal Holocaust with your parents, you're SOL.)

It's also somewhat problematic that CringeMDb deems the notoriously bloody 2000 film Gladiator appropriate for parents to watch with their kids, while the Oscar-winning 1996 film The English Patient is considered cringeworthy, ostensibly because it features a handful of (tasteful) nude scenes.