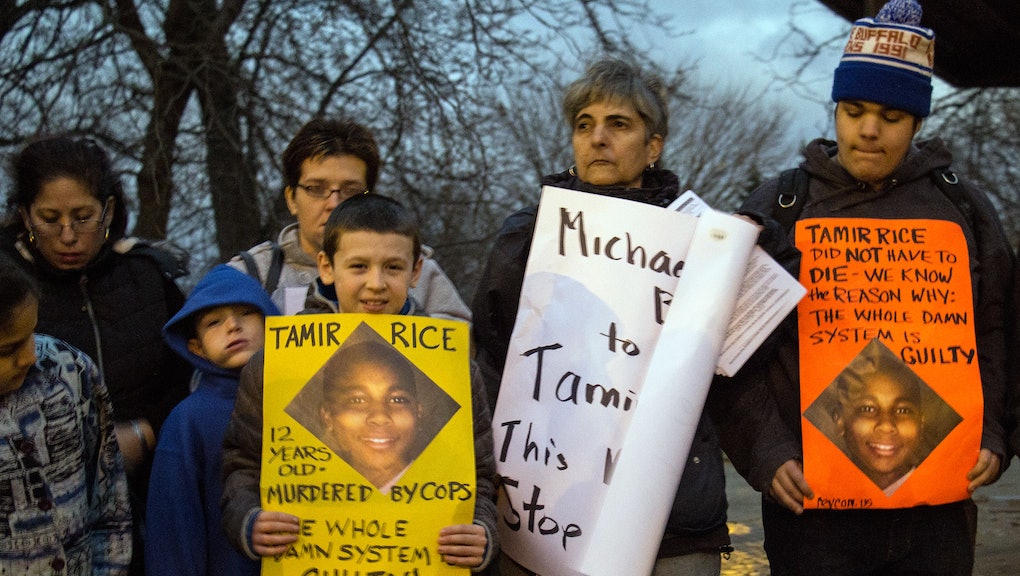 When a grand jury in Cuyahoga County, Ohio, announced their decision not to indict Cleveland police officers on Monday for the 2014 fatal shooting of Tamir Rice, it didn't take long for the internet to sound off.

It was bad when prosecutors and police took to Twitter to victim-blame the 12-year-old for his own death. But not bad enough for some true trolls, who thought it a good time to edit the incident's Wikipedia page to display a photo of a chimp.

According to Addicting Info, the page has since been re-edited, restoring the image to that of Rice. But the upsetting moment will be forever immortalized in the edit history.