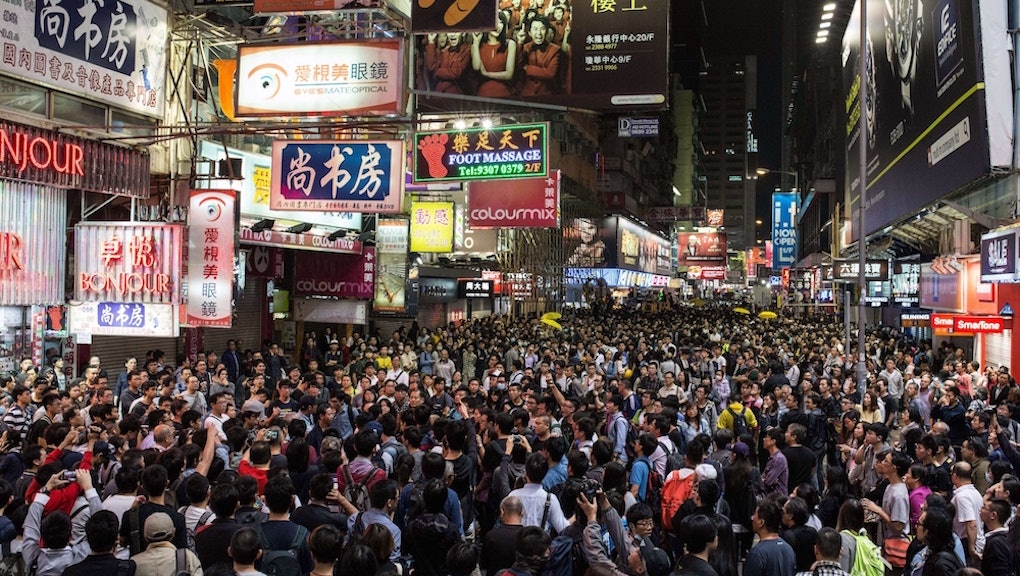 Domestic violence is a pervasive form of sexism that knows no national bounds. But while UN Women reports that at least 119 countries have passed laws addressing the issue, Chinese women have been all but entirely denied legal recourse in the wake of this experience and imbued in a culture of silence. As of Sunday, however, the Chinese legislature approved a law that might change that.

The law. On Dec. 27, China's legislature approved the country's first national anti-domestic violence law, according to the Associated Press. The law defines domestic violence as, "physical, psychological and other harm inflicted by family members with beatings and verbal threats," and allows married partners and cohabiting heterosexual couples, as well as children and seniors in immediate danger, to file for a personal protection order. The order would require an individual accused of abuse to move out, as well as a court to rule on the case within 72 hours, the AP reported.

Although the law notably fails to protect homosexual couples, doesn't explicitly acknowledge sexual violence and won't go into effect until March, the law marks progress long-awaited by Chinese activists. In fact, five Chinese activists were arrested in March after staging protests related to the issue, such as one that involved marching in blood-stained wedding dresses to increase awareness of the violence Chinese women routinely face, the Guardian reported.

Domestic violence in China. Research shows these activists' efforts — and the law itself — are necessary. As of 2011, about 1 in 4 married women in China have experienced domestic violence, although the rate is likely higher as many cases go unreported, according to the Asia Foundation. Even when cases are reported, less than 20% of these claims are recognized by the court — rates that decline further in certain provinces in the nation, according to the same report.

The historical lack of reporting or recourse is at least in part due to persistent cultural denial about the phenomenon. The term "domestic violence" was not evident in Chinese law at all until 2001, when an article prohibiting it was included in another amended law, the Asia Foundation reported. As Kim Lee, a domestic violence survivor who brought forth a public case against her husband, wrote in a 2014 New York Times article, Chinese culture "denies there is a problem" and divorce — one of the only legal options for abused women — "still carries a heavy stigma for Chinese women" which is a "strong deterrent" for women to pursue justice. In fact, only about 3% of divorces filed due to claims of domestic violence are granted on that basis alone, she wrote.

A global problem. China is hardly the only nation with a history of underserving survivors. UN Women reports that around 35% of women worldwide have experienced physical and/or sexual violence at some point in their lives. Domestic violence is hardly restricted to "underdeveloped" nations, either: For example, 1 in 3 American women are physically abused by a partner in their lifetime, according to the National Coalition Against Domestic Violence.

"Domestic violence isn't a country-specific problem or a cultural phenomenon," Lee summarized in the New York Times. "It's a crime."

Ending domestic violence requires not just legal recourse, but also cultural recourse, too. As Lee concluded, a systemic solution "starts with voices willing to rise above geographic, political and linguistic barriers to shout out that domestic violence will not be tolerated, excused or ignored."