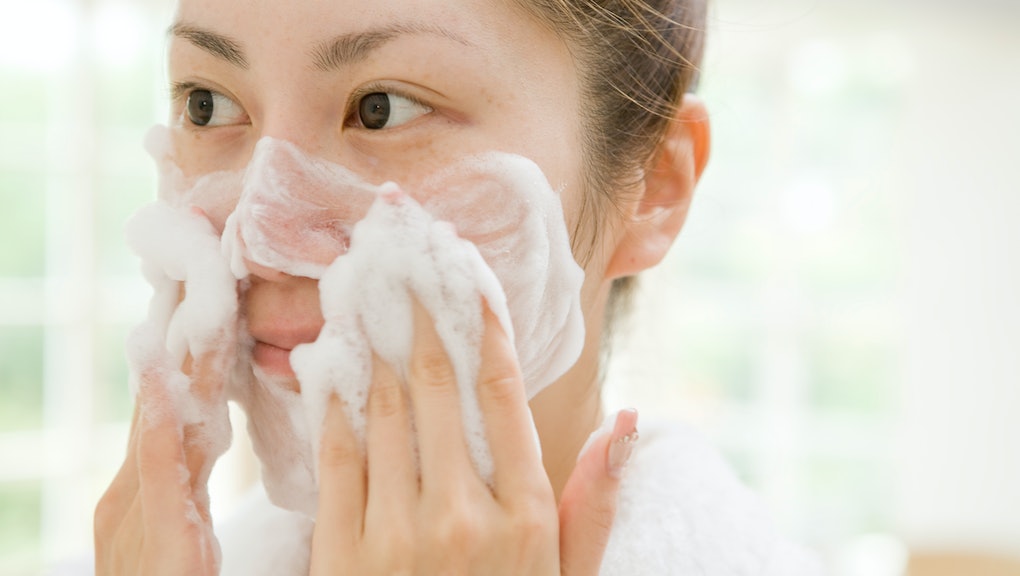 You may need to find a new favorite exfoliator.

On Monday, President Barack Obama signed the Microbead-Free Waters Act of 2015 into law. The legislation bans the manufacture and addition of "intentionally added plastic microbeads" — the tiny scrubbing abrasives found in cosmetic and health products like toothpaste, body wash and face wash.

The reason? While the minuscule pieces of plastic may make your skin glow and your teeth bright, there's a mounting pile of evidence that suggests they're bad for the environment.

Some scientists estimate that roughly 11 billion microbeads end up in our waterways each day, although a good number end up in wastewater treatment plants. The beads aren't harmful by themselves, but they have a tendency to attract nasty chemicals once they're in the water supply. From there, microbeads are often consumed by marine life, which means they can eventually end up in human stomachs.

Mason and her team of researchers would know. In 2012 and 2013, they conducted a series of studies of the Great Lakes to test for plastic pollution. They found plastic particles in every one of the Great Lakes, and even more alarmingly, the amounts were comparable to those found in the world's oceans.

The primary culprit turned out to be — you guessed it — tiny pieces of plastic like the ones President Obama just banned. "To date, [about] 70% of the plastic we skim off the surface of the Great Lakes is between one third and one millimeter in diameter," Mason reported.

Unlike other environmental issues, however, the legislative journey for the Microbead-Free Waters Act of 2015 has been relatively smooth. It was introduced into the House of Representatives in March and was passed in early December. Soon after, the Senate approved it, which cleared the way for President Obama to swiftly sign it into law. The ban will go into effect on July 1, 2017.

"There was a lot of support, and there wasn't much opposition," the bill's sponsor, Representative Frank Pallone Jr. (D-NJ), told the New York Times. Even state governments got in on the action: California, Connecticut, New Jersey and Illinois have all recently introduced microbead bans. Meanwhile, a number of major cosmetics companies recently announced that their products would soon be plastic-free.

"The issue of plastics particles in the ocean is an important issue and we have reviewed the use of microbeads in our portfolio," hygiene giant Unilever stated in 2013. "We have decided to phase out the use of plastic microbeads as a 'scrub' material in all of our personal care products."

If you're heartbroken that your favorite beauty products may no longer be as effective, fear not — there are plenty of perfectly adequate (and environmentally friendly) replacements.