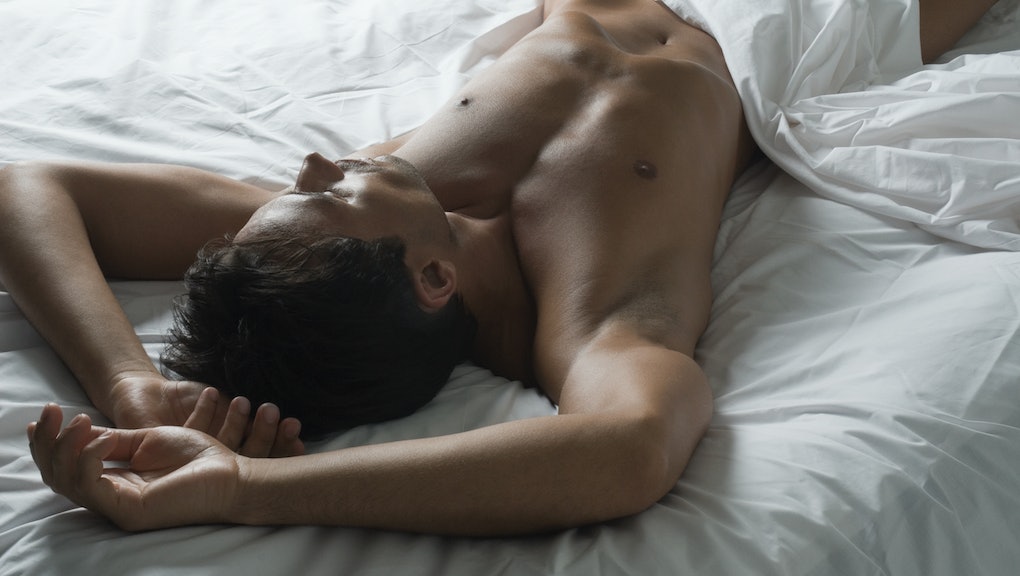 New Research Says That for Men, an Orgasm a Day Can Keep the Doctor Away

Yet another reason to build orgasms into your daily routines, gentlemen. As if you needed one.

"The study data showed that the participants who ejaculated more than 21 times a month were at a 22% lower risk of getting the disease," a Tuesday press release said of the study's results, which were initially presented at the American Urological Association in the spring. The study also found that it didn't matter whether the orgasms were achieved via solo or partnered sex: "As for how men achieved ejaculation, it is not a requirement to have a sex partner."

Dr. David Samadi of New York's David Samadi Prostate Cancer Center said in the release that these results aren't exactly new, but they do offer further evidence that men can lower their chances of getting diagnosed with prostate cancer simply by coming more often.

"Prior research shows a link between the benefits of sex and prostate cancer," he said. "This research adds to the evidence that ejaculation frequency, not the number of sexual partners, is the key factor in reducing prostate cancer risk."

In America, prostate cancer was diagnosed in more than 177,000 men and led to more than 27,000 deaths in 2012, the most recent year the CDC has complete data for the disease on record.

While the disease poses a much more significant risk to men who are over 60, 2014 research out of the University of Michigan reported that "the number of younger men diagnosed with prostate cancer has increased nearly 6-fold in the last 20 years." Furthermore, "the disease is more likely to be aggressive in these younger men."

But the good news is that this new study offers a delightfully pleasurable way to maintain a healthy prostate and decrease the odds of developing the disease. This is all valuable info to keep in mind as you prepare for your next prostate exam, which we hope goes nice 'n smoothly.