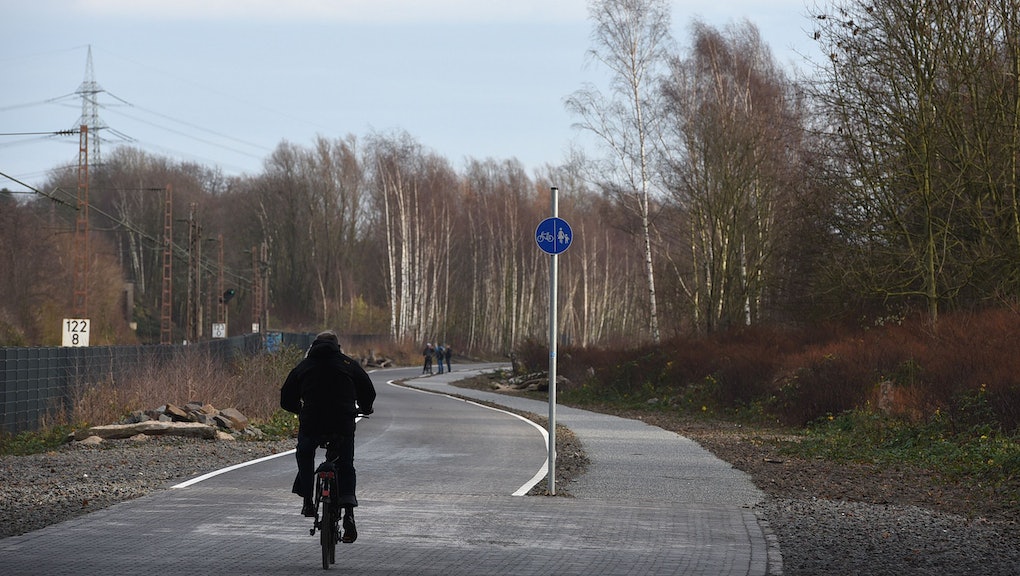 Bicycle paths and bicycle lanes have already changed commuting and travel. But Germany may have just given the world a glimpse at the real future: bicycle highways.

In a move toward sustainability, officials have endorsed plans on a bicycle highway that would connect 10 cities and four universities by way of over 100 kilometers of road, according to the Agence France-Presse. For now, cyclists can enjoy the first five kilometers of the bicycle autobahn, which would serve almost 2 million people when completed.

In addition to making travel more efficient for cyclists, who will no longer have to navigate traffic and busy intersections, the bicycle autobahn will make it infinitely safer. The routes are smooth and even, intersect roads with over- and underpasses, are well lit for nighttime riders and will be cleared of snow.

Officials, however, are worried the project won't get the funding it needs — the entire span of the highway comes with a price tag of $196 million, AFP noted. "Without [state] support, the project would have no chance," said Martin Toennes, an employee at the German regional planning company RVR.

A study his firm conducted proves it could be a worthy investment: RVR estimated the bicycle autobahn would take 50,000 cars off the road daily.

On Monday Milan began to get a glimpse of what that could look like when officials banned private vehicles for six hours. The manager of the German bicycle club ADFC, Burkhard Stork, said it's the way of the future. "Building highways in cities is a life-threatening recipe from the 1960s. No one wants more cars in cities," he told AFP.

Other German cities are taking notes, as Frankfurt, Munich and Nuremberg have all begun making plans for their own bicycle highways. Cars are so 2015.