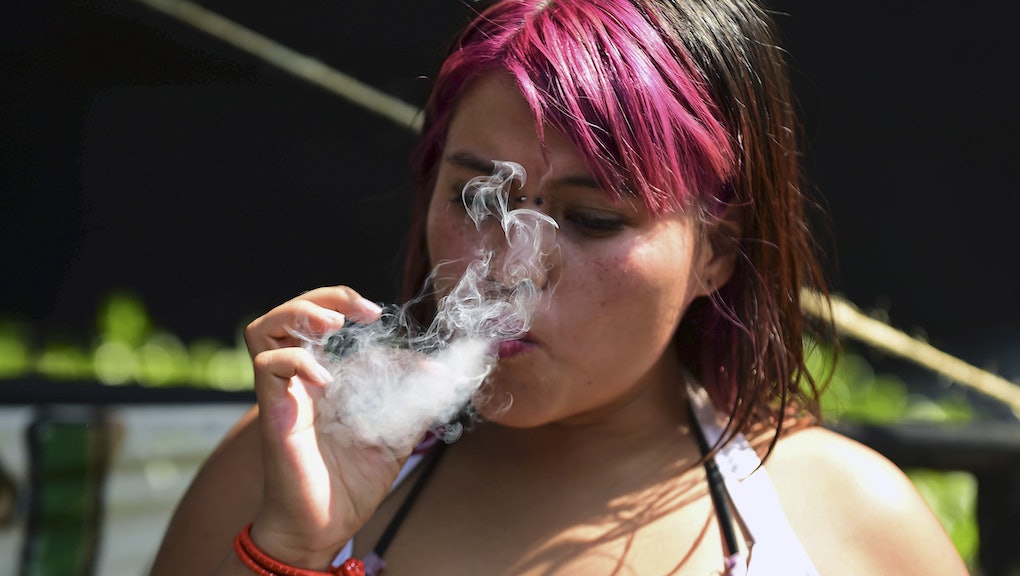 How Does Marijuana Affect the Brain and Behavior? Here's What Recent Studies Say

Stoners have a reputation for being exceptionally mellow, but a recent study of the effects of marijuana use on daily behavior may suggest otherwise. According to researchers from Yale University of Medicine and the Pennsylvania State University, the study found a positive short-term correlation between marijuana use and hostile and impulsive behavior.

"Marijuana use is associated with changes in impulse control and hostility in daily life," according to the study, published in March. Researchers found that participants were more aggressive on days they used marijuana, and the following day, than on days they didn't get high.

The study analyzed 43 participants' marijuana, alcohol, tobacco use and hostile and impulsive behavior daily for 14 days using random effects models. Scientists found that marijuana use alone, without the alcohol and tobacco combination, increased impulsive and hostile behavior on the day participants used the drug and the day after.

The study was brief, but due to the results and increased recreational marijuana use, researchers believe the topic warrants further research.

A 2012 study in Biological Psychiatry found that weed can cause anxiety for regular users during periods of withdrawal and puts those with genetic tendencies at risk for developing schizophrenia, Cosmopolitan reported. Some of the alleged negative side effects of marijuana can be reduced if it's legal, regulated and tested by health officials, according to marijuana advocates. "People are used to buying weed on the black market with no idea about quality,"  deputy director of the National Organization for the Reform of Marijuana Laws Paul Armentano told Cosmopolitan. "As consumers get more sophisticated, they'll demand higher quality and better testing."

Another study on the effects of marijuana use published in the Psychology of Addictive Behaviors in September showed that the drug had an indirect negative relationship with grades among a cohort of college students. The study showed students who smoked more went to class less and therefore received relatively lower grade point averages than those who didn't engage in marijuana use.

In November, a survey of police officers across the United States conducted by the U.S. Drug Enforcement Administration showed that 6% of the 1,000 officers surveyed reported marijuana use as the biggest drug threat. However, as of 2014, no one had died from marijuana use alone.