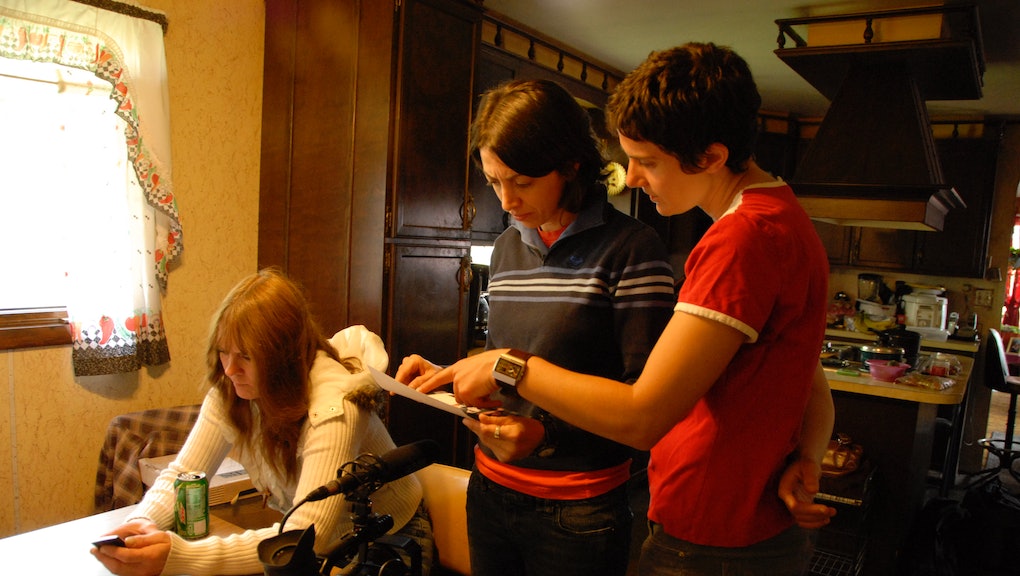 ‘Making a Murderer’ and ‘Serial' Have One Important Thing in Common: They’re Made By Women

On its face, Making a Murderer is merely the latest in a line of true crime series that have become phenomenons in the last year and a half. First there was the podcast Serial, now in its second season. Then there was The Jinx, HBO's docuseries that actually found a murderer in its subject, Robert Durst. Considering the sensational response and the comparisons to both Serial and The Jinx, it's easy to assume Making a Murderer is just like both.

Where it differs from The Jinx, however, is in its goal. Creators Laura Ricciardi and Moira Demos aim to expose the failings of the justice system, not exonerate or implicate anyone beyond reasonable doubt. That makes it far more similar to Serial, in which Sarah Koenig attempted to explore a case journalistically. (Her goal was quickly overshadowed by the question of whether Adnan Syed was guilty.)

But there's one other factor that unites Serial and Making a Murderer: They're both true crime stories created by women.

Making a Murderer has two female creators in Ricciardi and Demos, a stark contrast to The Jinx's all-male writing team and its very visible star, Andrew Jarecki. Serial, on the other hand, had four female producers in its first season, from Koenig on down to production and operations manager Emily Condon. The fifth named member of staff, Ira Glass, acted only as an adviser. The second season of Serial has expanded its team for season two, adding five more women staffers.

What makes Koenig's team and the Making a Murderer duo so important, however, is that they're working with material not commonly gendered female. The murder suspects in each series are men, with women as mostly peripheral "characters." This is in keeping with most male-driven crime narrative films, yet these are almost always directed by men.

Serial and Making a Murderer are compelling, rich and complex. The storytellers' gender only matters in that it's proof female directors can craft any kind of narrative, no matter the subject.

While the podcast world is growing more inclusive of women, Hollywood remains frigid toward female directors. Projects like Making a Murderer help to bring some of that representation from Serial's world over the line into film and television.

Hopefully, the phenomenon that is Making a Murderer will continue to break down gender barriers in genres like true crime. A grisly, challenging story deserves the best storytellers, male, female or otherwise.