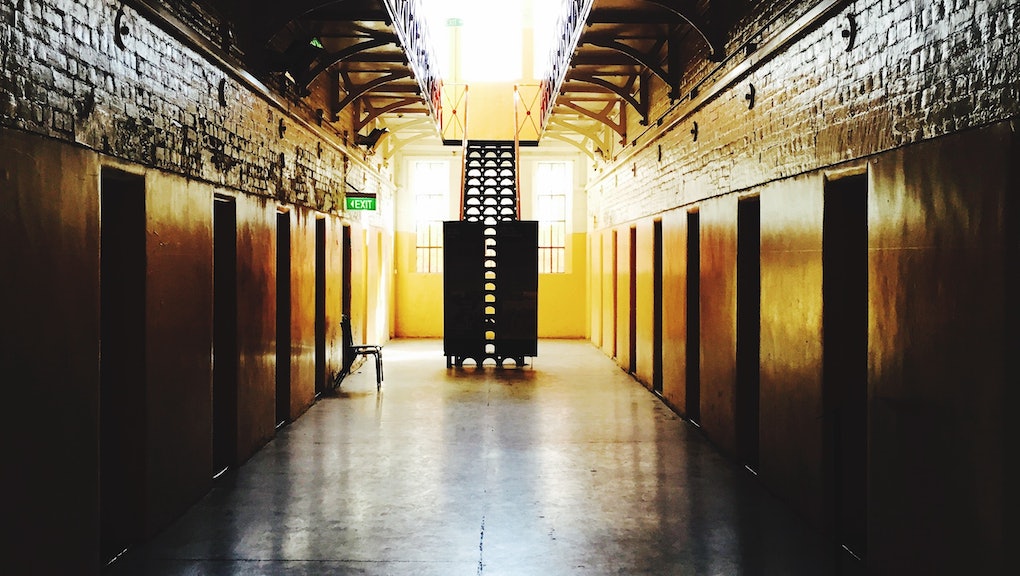 2015 Was the Beginning of the End of Mass Incarceration

2014 was the first year the state and federal prison populations of the United States shrunk in tandem since the Bureau of Justice Statistics began recording their numbers in the 1970s. For some criminal justice policy observers, this unprecedented decline marks the beginning of the end of the era of mass incarceration.

But when historians look back and attempt to trace the rise and fall of America's addiction to solving social problems with prison cells, they may be better served by beginning with the year 2015. The reality is that the 2014 dip amounted only to about 15,000 prisoners, the tiniest drop in the 1.5 million-person bucket that constitutes the federal and state prison populations, and is by no means guaranteed to be followed by similarly modest declines this year or the ones immediately following it.

But this year has revealed that a much bigger change has been set in motion. It was this year the Black Lives Matter movement matured into a powerful social movement capable of unilaterally reshaping the policy platforms of presidential candidates. It was this year President Barack Obama became the first sitting president to visit a federal prison. It was this year lawmakers in Congress unveiled bipartisan legislation — backed by a Republican senator famously tough on crime — to begin unraveling the harsh sentencing practices developed over the course of the late 20th century that played an essential role in making the United States the most aggressive incarcerator in the world. It was this year that conservative megabillionaires joined forces with hardcore leftists in calling for a fundamental change to the status quo on incarceration.

In other words, 2015 was the year the notion that the criminal justice system has gone badly wrong finally surfaced both in the popular mind and in Washington. It was a long time in the making — the fact that the United States has less than 5% of the world's population, yet about a quarter of its prison population, is something that reformers have been trying to combat for years. Unfortunately it took a spate of particularly horrific police killings of unarmed black people between 2014 and 2015 — and the explosive and unwieldy social movement that arose in response to them — to trigger greater scrutiny of the criminal justice system as a whole.

Here are some of the key highlights of the year:

Black Lives Matter came into existence as a slogan in 2013 and caught fire as a hashtag in the wake of Michael Brown's death in 2014 Ferguson, Missouri, but it became a banner for a full-fledged movement in 2015. Much like Occupy Wall Street, the movement is highly decentralized, sprawling and its strength lies more in articulating grievances than projecting a positive program with tangible goals. Yet despite the lack of a clear organizational structure, it has had an immediate impact on electoral politics and policy debates. Confrontations between Black Lives Matter protesters and presidential candidates have prompted some of the substantive policy conversations and conversions of the entire race on the Democratic side. It's not an exaggeration to say that without Black Lives Matter raging on the streets, Hillary Clinton would not have promised to "end of mass incarceration" in her first major policy speech of the presidential race.

On the Republican side of the aisle, the outright hostility toward the movement from some candidates like Donald Trump, who has condoned violence against Black Lives Matter protesters at his rallies, has clarified the kind of obstacles the movement will be up against from some conservatives in the coming years.

Black Lives Matter's most immediate focus is on changing policing practices and accountability, and the closest thing it has to an agreed-upon vision — Campaign Zero — focuses on issues like use of force and community oversight of law enforcement. But that's just the tip of the iceberg, and the reality is that scrutinizing policing served as an analytic entry point into a far broader national discussion about problems in the courts, sentencing practices, prison conditions and prisoner re-entry.

For the past year and a half, Obama has at times appeared cautious and on occasion even reactionary in response to the Black Lives Matter movement. Last year, he was shockingly dispassionate after a grand jury in Missouri declined to indict the police officer who killed Brown, and during his State of the Union this year he deliberately refused to take side on the Black Lives Matter issue. When Baltimore went up in flames this summer after the death of Freddie Gray, Obama called rioters "criminals and thugs."

But over time Obama has made it clear he's sympathetic to the movement and has used the bully pulpit to become an advocate for changing policing and prison practices. He hosted a discussion with David Simon, the creator of the critically acclaimed HBO show The Wire, about the war on drugs and mass incarceration. He made history as the first sitting president to visit a federal prison. He spoke forcefully at an NAACP conference in July in which he called for sweeping reforms to the criminal justice system, calling for shorter sentences for criminals and doing away with job discrimination among former prisoners to decrease recidivism.

And he said reforming the criminal justice system was not enough — boosting economic opportunity in destitute areas was also crucial to tackling the bloated prison system. "Justice is not only the absence of oppression," he said. "It is the presence of opportunity." This year Obama also used his special clemency power to free people from prison so aggressively that he's now pardoned more than the past four presidents combined.

This year a bipartisan group of senators introduced a bill designed to curb some of the most excessive practices of the criminal justice system. Given the size of the problem, the reforms it proposes are rather modest — it reduced mandatory minimum sentences for prior drug felons rather than abolishing them (and even added some new ones); it calls for reduced use of solitary confinement on juveniles housed in federal prisons rather than effectively banning it (as much of the medical community has recommended). But it did introduce some measures designed to make the rehabilitation process smoother, would allow more offenders to seek fairer sentences after enduring the transparently racist double standard on crack and cocaine sentencing and calls for judges to have more discretion in using "safety valve" exception to mandatory minimum sentences for nonviolent drug offenders. It's very far from perfect, but it's a start.

On a state and local level, exciting things have been happening as well — for example, Connecticut's governor wants to raise the age for trial as an adult from 18 to 21, based on the latest research on cognitive development and effective rehabilitation techniques for youth.

All of these are promising prospects, but on their own, none of the measures on the table are even close to adequate for solving the many problems in the criminal justice system that create mass incarceration. If this momentum continues to build, there could be a sea of change in incarceration policy in the coming decades that rivals the one that manufactured this crisis in the first place.