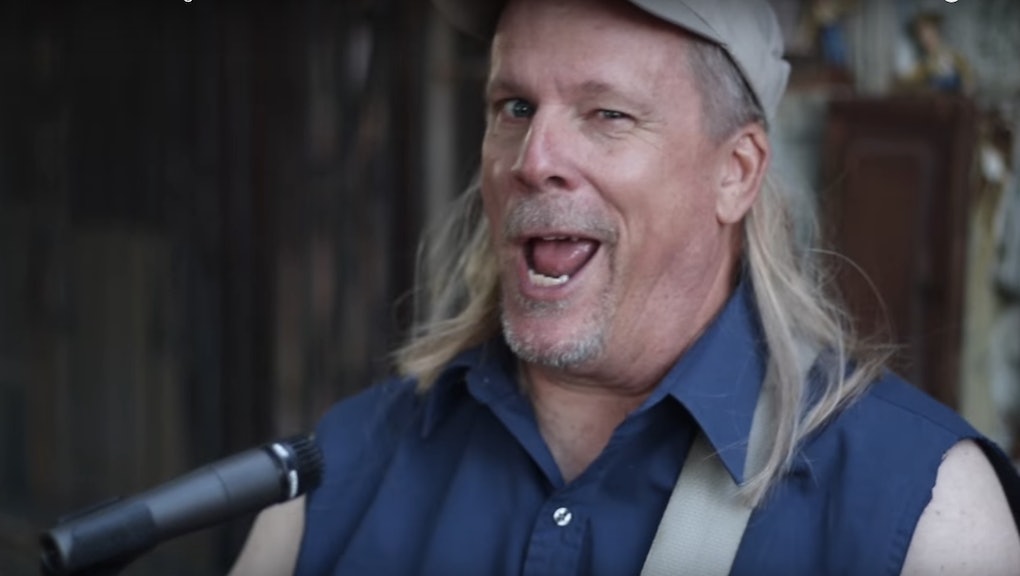 For months, Republican presidential frontrunner Donald Trump has been the butt of jokes and trolling from his adversaries on the other side of the political spectrum. Now however, with actual primary voting just weeks away and his iron lead in most state and national polls undiminished, conservatives are increasingly getting in on the act.

"Trump is tired of losers," Nissen croons into the camera. "Losers and ugly women." The second refrain comes while holding a photo of Trump rival Carly Fiorina, whose appearance Trump has publicly mocked.

"When he said the stuff about Muslims, we were like, we've got to call that out, and make fun of the absurdity of that," PIA founder and chief Tyler Montague told the Phoenix New Times. "It's the closest thing to fascism that America's had, at least in our lifetime."

Montague suggested to the local paper that Trump was partly a reaction political correctness but also singled out what he said was the stupidity of his own party. "The heart of Trump's support is non-college educated white guys," he said speaking of this CNN/ORC poll.

Montague said he also took particular offense to Trump's citing President Franklin Roosevelt's policy of Japanese internment as a justification for ideas he's floated to create a database of Muslim Americans, or prevent all foreign Muslims from entering the United States.

Those policy prescriptions did not go unnoticed in Nissen's spoof.

Attacking Trump on social media has proven a difficult and dangerous game, as any serious challenge inevitably runs up against the billionaire's vaunted internet operation and own canny use of stagecraft. When former contender Sen. Lindsey Graham called Trump a "jackass," Trump publicly doxxed him by unloading the Senator's phone number to millions of people at a rally broadcast on live television. Graham's rejoinder — a video of him destroying cell phones to Vivaldi's four seasons fell flat.

Trump's relentless taunting of former Florida Gov. Jeb Bush online and in person as "low energy" has been credited with at least some of Bush's collapse in the polls. When the Deport Racism PAC offered $5,000 to anyone who would call out the billionaire during his appearance on Saturday Night Live, the Donald simply worked it into his routine.

It's likely that Trump has bigger fish to fry than the Public Integrity Alliance, and believe it or not, despite the obvious parody of the video, Montague reported that he had been contacted by Trump supporters who said he captured their man dead on.

"They're like, 'Yeah, this is everything Trump is about, this is dead on.' We're like, 'You're kidding us, right?'" he told the Phoenix New Times.