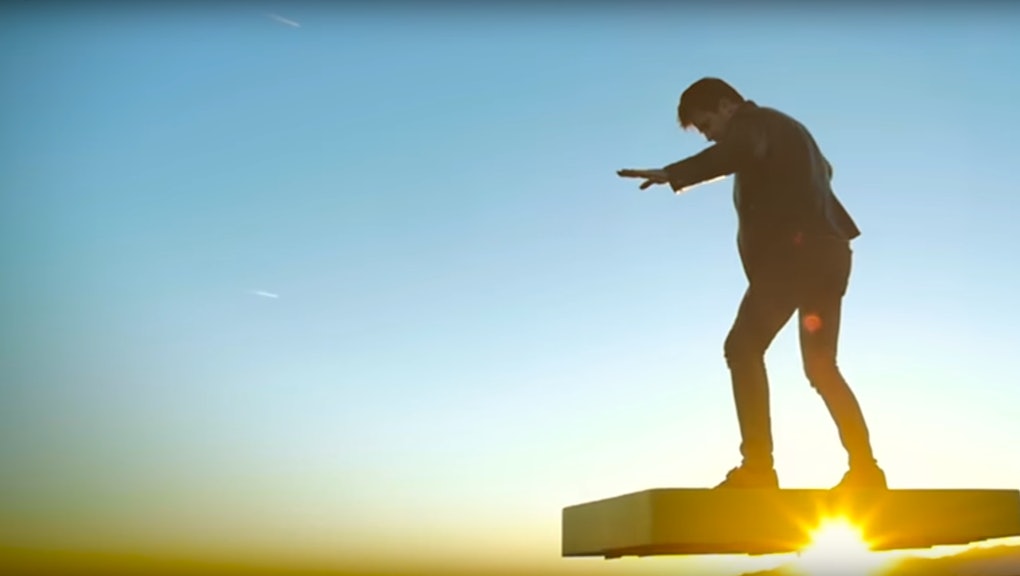 Soon, You Can Buy a Real-Life Hoverboard — But There's a Catch

The hoverboard industry, rife with knockoff products that don't "hover" at all, has finally developed what might be the first functional hoverboard that actually hovers.

Meet the ArcaBoard, whose creators announced the device in a hilariously overwrought video released on YouTube this week.

In a contemplative voice, the narrator begins, "Freedom. It is our greatest desire. It is what we all aspire to. All our efforts, all our dreams, all our ambitions. Can we truly be free? Can we feel it? Freedom. Now we can."

But freedom in this case costs $20,000, weighs 180 pounds and only flies for six minutes after six hours of charging, according to Discovery — hardly the revolution in hoverboard technology consumers have been waiting for, unless they're fabulously rich and have a short attention span.

The board will get prospective hovernauts roughly 20 to 30 centimeters off the ground, depending on weight, reports Extreme Tech. It's also, despite the smooth ambient music in the marketing videos, roughly as loud as a lawnmower.

That said, it's capable of achieving a max speed of 12 miles per hour.

"ArcaBoard is equipped with 36 fans that are driven by high-powered electric motors," lead project engineer Paul Radut explains in the video. "It has 272 horsepower, therefore ArcaBoard is more powerful than the vast majority of automobiles. Regardless, we succeeded with integrating all this power into a vehicle that extremely light and thin, like never seen before."

Pretty cool, but also yet more evidence that the hoverboard industry isn't quite out of the wild yet.

At least there's nothing to indicate that ArcaBoard explodes, like some of its competitors' products.