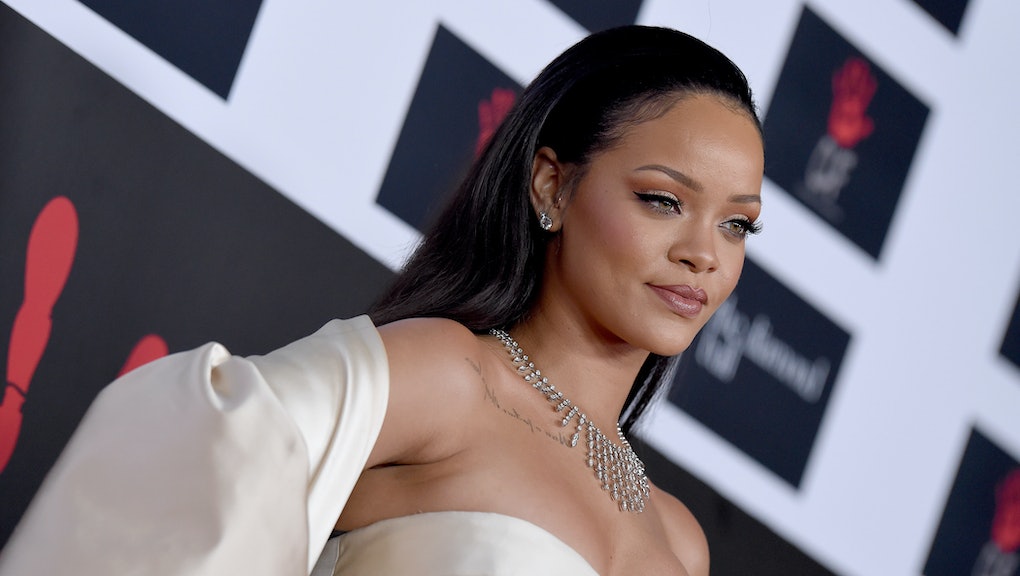 Is Rihanna's New Album Coming Out in 2015? She Has Less Than 2 Days to Keep That Promise

After Rihanna first announced in 2014 she was working on an upcoming eighth album, she said in a Women's Wear Daily interview that she'd drop it sometime this year — but with less than two days left in 2015 and recent allegations that she's still collecting songs for the album, that seems like a tall order at this point.

Ri's early announcement of the new album, since named Anti, was in a November 2014 tweet that said, "Any news about #R8 will be delivered directly from me!!!!" Since then, she's left a lot to fans' imaginations. No release date is set, and little is confirmed for the track list.

Earlier this month, singer-songwriter Sia — who has written songs for Beyoncé, Maroon 5 and Britney Spears — told BBC Radio's Jo Whiley that Rihanna recently came over to sort through some of her music for potential Anti additions. "The other night she came over and listened to half of 25 songs I played her because she's still looking for songs for her new album," Sia told Whiley.

Then the blame game began. On Monday, R&B producer Glass John went on a Twitter rant blaming fellow producer Travis Scott for the delayed release of Rihanna's new album. Scott responded on Snapchat, warning his followers to not "believe this shit."

Ri's latest hints on album details come from Anti Diary, a marketing collaboration with Samsung. The campaign is a series of virtual reality-like videos supposedly laden with hints about the album, but seems to deliberately confuse fans more into strategically amplifying the hype. Mic went along on a scavenger hunt as part of the elaborate marketing tactic. While it was fun and secretive, not much concrete detail was revealed.

It's starting to look like Rihanna's just distracting fans with vague hints that appear intricately thought out while she figures out the album herself. Several videos have been released so far with the latest on Dec. 20. Regardless, it's an interesting experience. Here they are:

There was a rumor that the album would drop on Christmas, but, well, that clearly didn't happen.

Being that Ri's last album, Unapologetic, was released in 2012 and she first mentioned the upcoming eighth album in 2014, fans are growing impatient.

These two fans are fed up... and armed with taser guns?

Some fans got mediocre jokes.