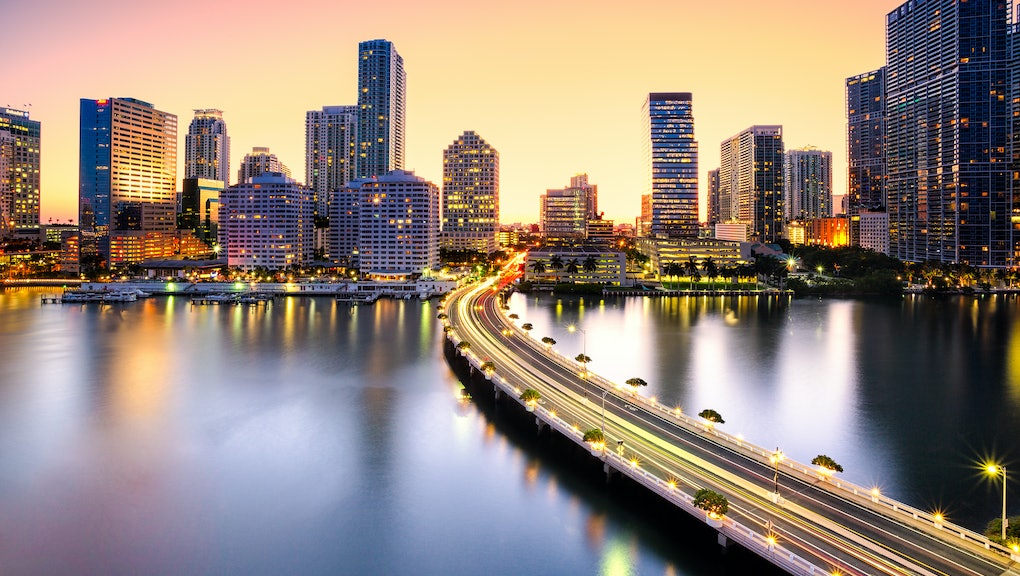 In 2014, Florida became the site of one of the most egregious anti-homelessness stories of the year when a 90-year-old man was arrested for feeding the homeless. The man was placed in handcuffs for violating a Fort Lauderdale ordinance deliberately designed to restrict people's ability to share food with homeless people in public.

But as 2015 comes to an end, just about half an hour's drive down the Florida coast, there's some slightly more encouraging news for advocates for treating the homeless humanely: Miami has extended a recent experiment with free public bathrooms for the homeless for another six months.

The announcement of the extension is due to the success of the program in its first six months, which has rendered it obvious that making it easier for the homeless to relieve themselves is an effective way to improve public sanitation and treat the homeless community with compassion.

After installing portable restrooms downtown, which are tended to by bathroom attendants and open between 2 p.m. and 9 p.m., reports of public waste plunged. In November, instances of public waste were 57% lower than in May, according to the Huffington Post.

The Pit Stop program, which costs $500,000, will now be running its pilot program for a year rather than just the six months it was originally approved for. "They have worked, and they have worked well," Mayor Tomás Regalado said, according to the Miami Herald.

Undoubtedly the drop in public waste is beneficial for local businesses, but some advocates for the homeless in Miami expressed ambivalence toward the bathroom installation.

Back in May, before the bathrooms were rolled out, the Miami-Dade County Homeless Trust, a government-backed organization created to implement policies to end homelessness in the county, initially rejected the idea based on the concern that it was putting a big dent in a limited budget for more urgent programs for actually getting homeless people off the streets. The chair of the trust said he wasn't opposed to the bathrooms, but that a government department handling sanitation or local businesses should be picking up the tab for it.

But for now it appears the portable bathrooms, which have already been used thousands of times, are here to stay for a while. They certainly aren't a solution for homelessness, but they do allow homeless people to maintain some amount of dignity and harmony with the local community in the meantime.